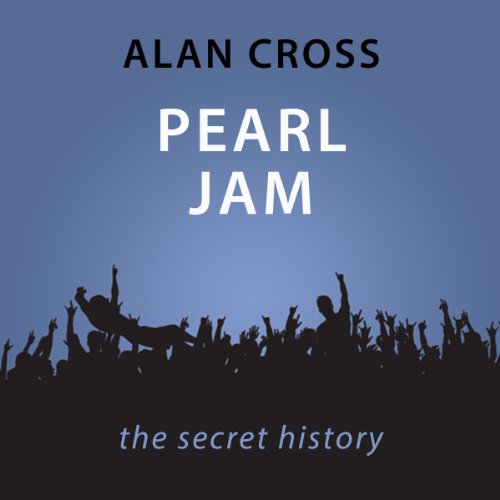 Broadcaster and music journalist Alan Cross writes and presents this introduction to Pearl Jam, one of the most successful bands to come of age in the '90s, as well as one of the most interesting modern bands from the perspective of its stance on the shifting power dynamics of the music industry over the past 20 years. Cross, a lively and engaged narrator whose performance of his own text is clear, well-paced, and enthusiastic, covers basic band background material - who, how, where, when, why - as well as contextualizing the group’s rise to fame and providing a rundown of how Pearl Jam has taken a stance against mass-market commercialization of music as an art form.

In this new audiobook, broadcaster and music writer Alan Cross narrates the definitive history of Pearl Jam. Cross succeeds once again in revealing the fascinating history behind the music in the same compelling way we've come to expect from his long broadcasting career.
©2009 Alan Cross (P)2009 HarperCollins Canada

Adequate telling of the pearl jam history but certainly not a detailed account. Nothing in here you won't find a more detailed account of online and a few jarring statements (Pearl Jane are the last seattle super star band standing.?? Pretty sure Alice in Chains and others would disagree.). Enjoyable enough overall but nothing new for fans already fluent in the history of the band. Audio could be cleaner... Wouldn't hurt to stick it through audacity and take out sole of the audible mouth clicks n ticks between words.

It went over the highlights and shot through 30 years in 30 mins. Can't help but be disappointed.

Good overview, bit expensive for what it is. Would have liked more detail on songs.

Who's Jeff Fairweather? Does he mean Bruce? And Andrew woke from his coma but sadly died days later after he mysteriously had a reversal of fortune...10 hours of nursing notes missing...his info is poor and wrong...better off looking into documentaries....this guy is a cash grab tool and uses basic resource info found in Wikipedia...sad

A great outline of Pearl Jam through the years and of Eddy Vedder. But by no means the full story. Loved every minute.