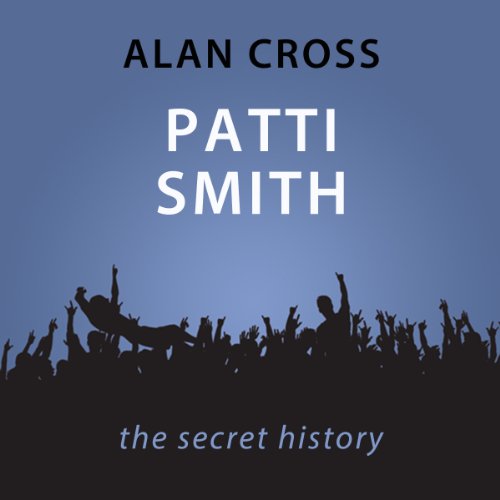 The career of singer Patti Smith, "the godmother of punk", is succinctly, vividly detailed in Patti Smith: The Alan Cross Guide.

Written and narrated by Alan Cross, this audiobook begins by detailing Smith’s influence on acts like REM and U2. Picking apart fact from myth in her biography, Cross details Smith’s interest in poets like Arthur Rimbaud, her relationship with Robert Mapplethorpe in New York, and her early work as a writer. Eventually, Smith would set her poetry to music and catch the world’s attention with her androgynous image.

In some respects, Cross’ guide comes off as the text between songs on a radio show. In his radio-ready performance, he sounds both knowledgeable and informal.

In this new audiobook, broadcaster and music writer Alan Cross narrates the definitive history of Patti Smith. Cross succeeds once again in revealing the fascinating history behind the music in the same compelling way we've come to expect from his long broadcasting career.
©2009 Alan Cross (P)2009 HarperCollins Canada

Stuff on Smith not in her excellent memoir

Picked up this short bio when I got my preorder for Patti Smith's new book of musings, M Train.

Her memoir, Just Kids, ranks alongside Bob Dylan's Chronicles. Check out both if you haven't already.

This is my first Alan Cross audiobook. O like it for what it is, a quick highlights tour of an artist and her work. I learned some things and was pleasantly reminded why Smith was on of the game changing artists of the 70s with an influence that extended well beyond album sales.