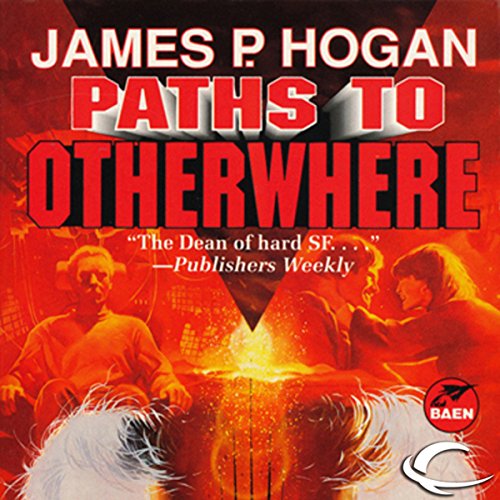 In the early 21st century, the nations of the world hurtle toward war, and this time it looks like there is no escape from the ultimate planet-wrecking, mutually genocidal cataclysm. But in this nightmarish world without a future, a handful of dedicated scientists may have found a way out, for they have discovered a universe vaster than anything previously imagined.

What listeners say about Paths to Otherwhere

This is the first book I've read/listened to by this author. Never again. I couldn't even get through the second hour. Absolutely no character interest at all. NONE.
It reads like a ten year old explaining what he did at school today.
Mr. Hogan should write installation instructions for assemble yourself furniture - he'd be good at it, because his plots and story lines are very similar.
One of the worst I've come across.

Then... to make it an even more eventful listen, they have hired a narrator who sounds like he's never had a conversation before... stilted, stumbles over dialog.... half the time he sounded like radio DJ not a story teller...