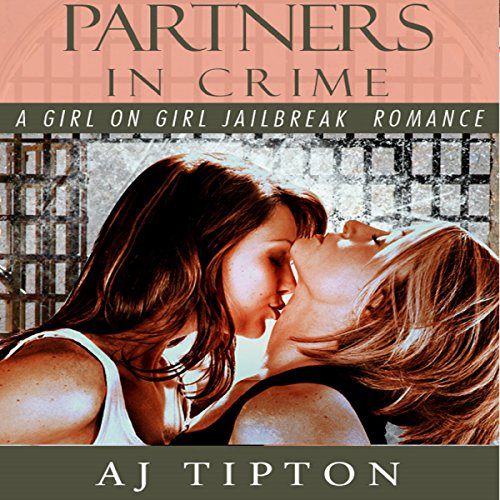 Partners in Crime: A Girl on Girl Jailbreak Romance

The curvaceous and sheltered Lulu is a naive girl wrapped in a world of luxury. When her father is suddenly imprisoned and her estate seized, she's forced out onto the streets to fend for herself. Will the dangers of the city swallow her, or will a new ally change everything?

Riley is a fighter and a master thief in a secret guild of grifters. Riley thought her heart had been hardened by her work until she came across the beautiful Lulu in distress. Unable to resist Lulu's beautiful eyes and adorable laugh, Riley finds herself involved in more danger than she's ever encountered. Will Riley's street smarts and Lulu's wiles be enough to save them?

This audiobook includes secret passageways, daring escapes, and a love that can't be kept behind bars.

What listeners say about Partners in Crime: A Girl on Girl Jailbreak Romance

OK
"I was provided this audiobook at no charge by the author, publisher and/or for an unbiased via audiobookBlast dot com."

Where does Partners in Crime: A Girl on Girl Jailbreak Romance rank among all the audiobooks you’ve listened to so far?

This is a good book. It was sweet and the author included a female hero. The jail break is really a surprise. The two main girls fall in love.

Lulu she is just a lovable character. Riley was a fun character too. I like that she gave the girl Lulu time to accept the romance that had started and saved Lulu and her father. AJ Tipton is really great at bringing it all together in a short read.

Have you listened to any of Risa Pappas’s other performances before? How does this one compare?

No I have not heard Rise before. She did a great job with the girls romance. She is well worth listening too.

If you could rename Partners in Crime: A Girl on Girl Jailbreak Romance, what would you call it?

I'm not sure the Jail break part is part of the surprise in the story.

"I was provided this audiobook at no charge by the author, publisher and/or narrator in exchange for an unbiased review via AudiobookBlast dot com.”

Will the dangers of the city swallow her, or will a new ally change everything?

A sweet and sizzling read - a perfect combination for a book. Enjoyed listening to this.

The narrator was great. A good voice for these characters.