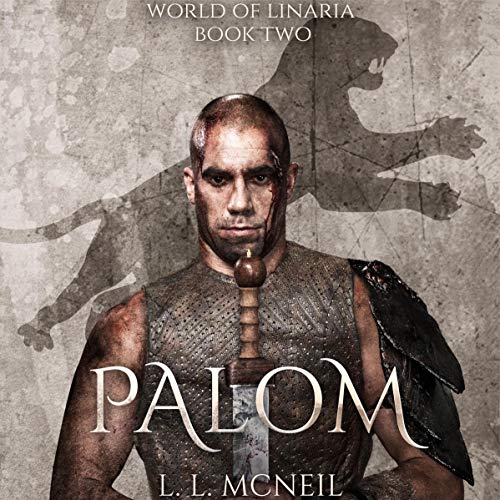 Now the fighting’s over, you want to pick up where we left off? How? Everything’s changed.

Linaria’s cities lie in ruin and her lands are scarred following Aciel’s war. The devastation worsens as dragons turn against the survivors in retribution for Aciel slaying their kin and stealing their power.

As the world attempts to recover from one global war and arm itself against another, Palom, hero and creator of the dragon-forged weapons that thwarted Aciel, flees across the Val Sharis wilds to rid himself of unwanted fame. Overwhelmed by guilt for failing to protect loved ones, his greatest threat is not just the weapons he created, but the new shadow growing over Linaria.

He is accompanied by a dragon hatched in his care - but with the god-like creatures turning against the world, will she be his salvation or destruction?

Discover new friends and rejoin old ones in World of Linaria, Book Two.

Palom is the second novel in an epic six-book saga, following a group of characters as war rages across their world. With pirates and soldiers, smiths and princes, Linaria is a vibrant land with a deeply unsettled past and an equally ominous future.

What listeners say about Palom

I wanted to slap him then cuddle him, what a journey he has had and he can't see any worth in himself. I thoroughly enjoyed listening to this and am now going to dive into book 3 in the series.