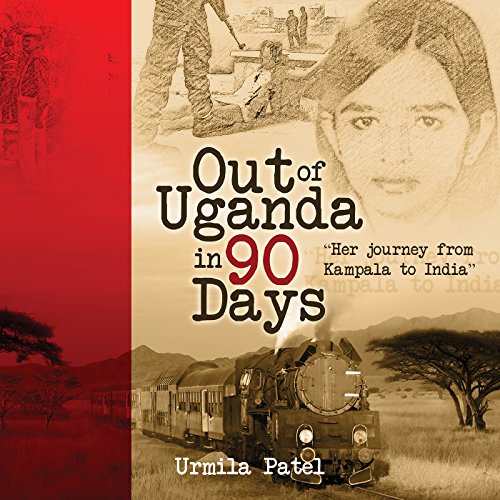 Out of Uganda in 90 Days

Ms. Patel's startling memoir of survival and escape from Idi Amin's Uganda is an amazing journey through cultures, beliefs, and life-and-death passions. her girlhood growing up in an Indian Hindu family living in the East African nation of Uganda in the 1960s and 1970s. Like all those of Asian lineage, they were expelled from the country when the brutal dictator, Idi Amin, seized power. Ms. Patel describes their life before Amin, as seen through the eyes of a young girl. When the violence began, she was just beginning her passage into womanhood. Amin started encouraging violence toward Uganda's Asian community as soon as he took over. This escalated until the brutal dictator expelled all Asians, giving them 90 days to leave, or they would face death. Meanwhile his followers engaged in random murders, and more and more frequent massacres. Ms. Patel and her family witnessed much of this. At one point she even stood up to Amin's murderous soldiers, yet she lived to tell her tale.

What listeners say about Out of Uganda in 90 Days