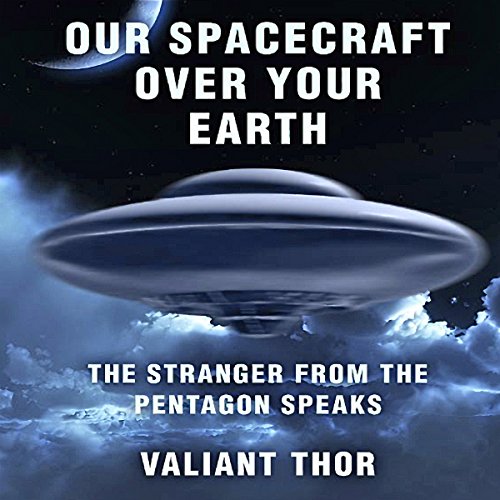 Our Spacecraft over Your Earth: The Stranger from the Pentagon Speaks

Our Spacecraft over Your Earth: The Stranger from the Pentagon Speaks

Here Valiant Thor, the "Stranger at the Pentagon", reveals long-sought-after details about his Venusian space fleet, such as the various types of spacecraft assigned to Earth, their general locations, deployment numbers, and crew structures. Also covered are orbiters, shuttlecraft, and security issues such as "thought surveillance".

A must-have for the serious Thor fan.

Great presentation . I would be honored to meet Th

listened to it three times, I liked it that much. I would be honored to meet him.

It sounded like a text to speech editor reading aloud a brief, technical account of assets. The data was interesting. The performance was not.