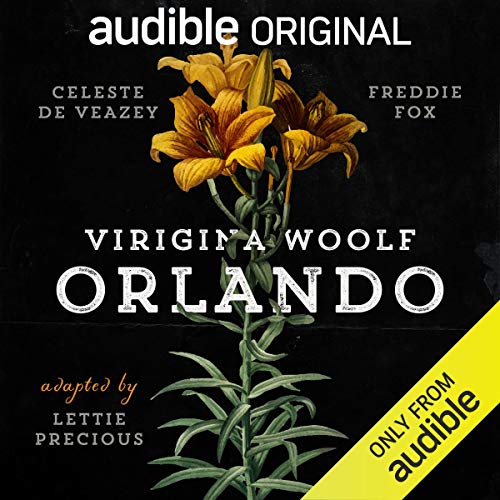 What listeners say about Orlando

Great perfornance, brilliant background music and effects and the way in which the novel has here been adaptated into a four-episode podcast was great but listeners should be aware that this is not the novel in it's entirety; it is probably closer to the novel with regards to its content than is the movie starring Tilda Swinton, however.

Orlando: A Biography is a difficult enough read if one has not read Woolfs previous novels such as Mrs Dalloway and To The Lighthouse and Woolf herself struggled with the writing of it past the point of the protagonist's transformation (see Sexual Personae by Camille Paglia for more on this).

Nevertheless, the essense of the story is here captured and made accessible.

Exceptional performance, sublime story, otherworldly author. I cannot fathom to understand how daring must have been anting to publish this kind of work. My applause to Virginia Woolf. Enchanted by this adaptation.

A truly enchanting production of an ageless classic, that you could listen to again and again.

Alas, I still struggle greatly to enjoy any of her work. This novel was very inciteful, fun to listen to the Muses but that is were it ends with me.

My first Virginia Woolf book. The dramatisation is powerful. The subject matter is so beautifully treated and I am going to listen to this again and again.

It is more a play than an audible. It goes beyond functional. A charming production.

Orlando is spoiled by woke commentary

Could do without the woke dialogue. it doesn't need it. Let it stand as it should.

Beautifully played, modernised but only just enough not to lose the original story. Will be relistening.