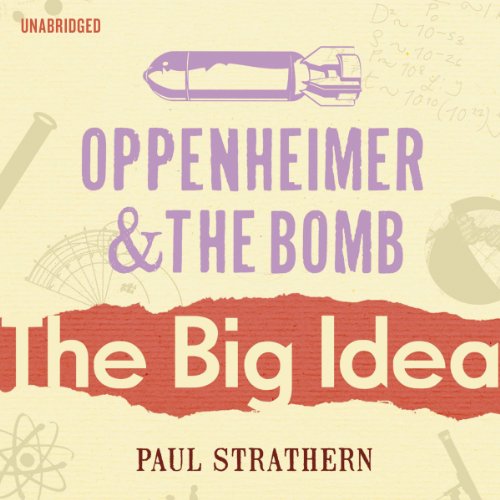 Oppenheimer and the Bomb: The Big Idea

At a moment of great discovery, one Big Idea can change the world...Oppenheimer and his Big Idea, the atomic bomb, exemplify one of the very real dilemmas of modern science. Scientifically unprecedented yet ethically questionable, atomic weapons may have brought World War II to an end, saving thousands of lives, but at what cost? Hiroshima, Nagasaki and a new political balance, teetering on the threat of nuclear annihilation, were part of the legacy of the man best known as "the father of the bomb".

Oppenheimer and the Bomb tells the gripping story of the scientist behind The Manhattan Project, from his early days as a Harvard prodigy to his final years as a victim of McCarthyism. A brilliant snapshot of a man and his controversial work, Oppenheimer's Big Idea offers a clear and engaging introduction to the complex theoretical work behind the bomb, the context of the time and the implications for our future. The Big Idea series is a fascinating look at the greatest advances in our scientific history, and at the men and women who made these fundamental breakthroughs.

What listeners say about Oppenheimer and the Bomb: The Big Idea