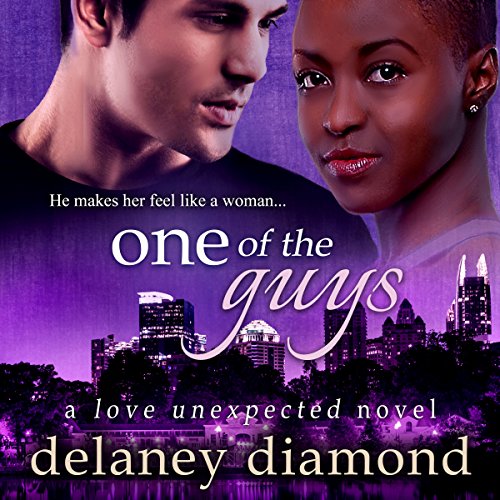 One of the Guys

Mechanic Ronnie Taylor spends most of her time with men. As such, she's always been tough, but Diego Molina makes her feel the opposite of tough. The big Cuban is brash, bold, and gets under her skin. She finally has to admit the reason he annoys her isn't because she dislikes him. It's because she likes him a little too much.

When Diego turns the tables on Ronnie, he uncovers the sensual woman hiding underneath. But past regrets threaten to derail their new relationship. Before they can get to forever, they must trust that they've found what they've been looking for all along.

What listeners say about One of the Guys

I thoroughly enjoyed the story, but the ending was abrupt and unsatisfying. That was surprising.

Sweet story that's fully in keeping with previous stories by Ms. Diamond. It was ruined by the robotic narrator. I've heard better text to speech in an automated phone tree.
I suggest reading the kindle book as this audio does it no justice.

Delaney Diamond is an awesome storyteller but reading the story and listening to the narration is fantastic. Great combination!!

this one is one of my top favorite

I love this narrator!

Would you listen to One of the Guys again? Why?

Yup cuz michael has an amazing voice and delivery! I'd read anything he narrated!

What was one of the most memorable moments of One of the Guys?

When the H and h finally hooked up!

Just on if her books

It was OK. My least favourite of her books. Still love here work though. Ciao.