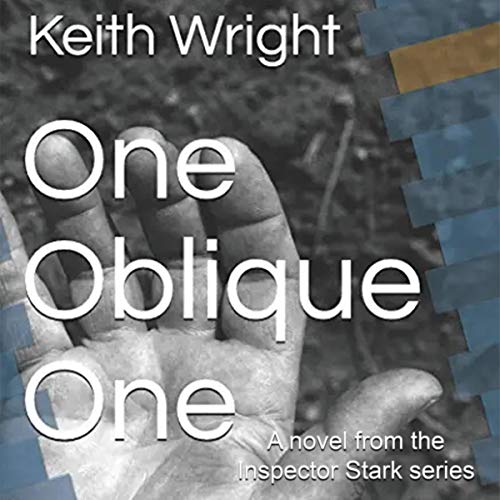 It is the summer of 1987. It is three years away from the world wide web being inaugurated. It is 10 years before the first accessible mobile phone, and a whole 21 years before they launch the first iPhone. "It’s a Sin" by the Pet Shop Boys is number one in the charts, available on cassette and vinyl.

The sun is rising on political correctness, yet news of this has yet to reach Nottingham CID. AIDS is rife. Hugging is for hippies, and the author of this book has recently been appointed a detective in the CID. Some things are the same as today - people still get bludgeoned to death in their own homes. Same as it ever was. You just can’t tweet about it yet.

Detective Inspector Stark and his team of detectives investigate the brutal murder of the Marriott family discovered in their own homes. The murderer? It could be Charles Lyon, wealthy but pathetic sugar daddy, Winston Kelly, notorious Rastafarian drug dealer with psychotic tendencies, Stan Tindle, the burglar who is seen in the location at the time of the offence, or...?

Stark struggles to keep a lid on his secret anxiety and his team strives to get to the truth, which remains just outside of their grasp, until they obtain a clue from an unlikely source, but by then, it is too late...

About the author: The author is a former real-life detective, who revisits his critically acclaimed, gritty debut, with new scenes and new characters for fans of crime novels and thrillers or those merely intrigued enough to explore the depths to which humanity can sink.

Praise for this book:

"A most promising debut..." (Marcel Berlins, The Times)

"Wright decided to write his own crime novel, and jolly good it is too." (The Citizen)

"The writing is very reminiscent of Raymond Chandler. Wright pulls no punches. If you love a good mystery, noir, or a gritty detective novel, then you, like me, should love this." (The Book Dragon)

You can hear the reader sigh while reading. I have no idea about the story because my mind wanders off every few seconds. He sounds so bored with - ironically - his own story.