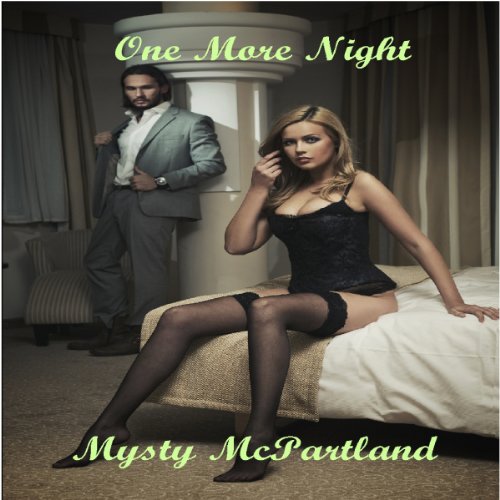 By: Mysty McPartland
Narrated by: Jim Roberts
Try for £0.00

Furious when the wild tempest swept into his conference room, insulted, and attacked him, Nate was more than ready to make her eat her words and apologize. However, the moment he set eyes on her again there was only one thing he wanted above everything else. And that was to get her into bed. What he never expected was to keep on experiencing the best sex he’d ever had in his life. He was positive if he could have only one more night with her he could wash her completely out of his system. Much to his horror, though, he realized it wasn’t going to be that simple; like an addict he craved her even more. In the end he knows there is only one solution and that he couldn’t live without her. He could only pray she wouldn’t refuse his offer.

Only wanting to protect her sister and make the fiend pay for seducing Sandie, Cooper felt only slightly regretful that she had accused the wrong man. The second he arrived in town, she couldn’t deny the fact that she wanted him desperately. She knew there couldn’t be anything else between them but one or two nights of sex. He was the love-em-and-leave-em kind of man and it would be utterly foolish to wish for anything more. When tragedy struck she could no longer deny what was in her heart and, even though it hurt tremendously, she knew that she would send him away.

What listeners say about One More Night

What made the experience of listening to One More Night the most enjoyable?

Have you listened to any of Jim Roberts’s other performances before? How does this one compare?

Yes...He is one of my favorites and did his usual good job.

If you are the prudish type...stay away. Excellent short novel but the sex is pretty explicit.