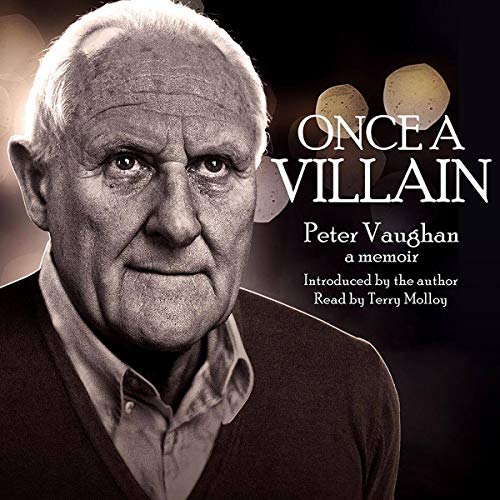 The action was a series of fights in the ring and I played the boxing second. I had 34 entrances and exits, very few lines and a sponge. Throughout a career in theatre, television and film spanning over 75 years, actor Peter Vaughan has kept in mind a piece of advice given to him by his father: always see the ludicrous side of things.

This may come as a surprise to those who associate him mainly with menacing, even brutal characters, in everything from Sam Peckinpah's Straw Dogs to Terry Gilliam's Brazil.

Many will have fond memories of his portrayal of 'genial' Harry Grout in the classic sitcom Porridge, which is ironic since the character only appeared in three episodes. Such was the indelible mark Peter's performance left on the viewers' imagination.

Still working in his 90s, he has recently gained a whole new generation of fans with his role as Aemon Targaryen in the hugely popular fantasy drama series Game of Thrones. This autobiography takes us back to describe his upbringing in 1920s Shropshire, the stormy relationship between his parents, his wartime exploits and early career in rep before going on to find fame on stage and screen alongside such notable figures as Celia Johnson, Tallulah Bankhead, Tony Curtis, Frank Sinatra, Tony Hancock and many more.

Through it all, that awareness of the ludicrous has perhaps helped to keep Peter sane and certainly contributed to the enormous enjoyment of the work which shines through in this honest and revealing account of his life.

The audiobook is read for audio by Terry Molloy (The Archers, Doctor Who).

What listeners say about Once a Villain

I was reluctant due to it not being read by Peter Vaughan, but needn’t have been concerned - Molloy’s reading is excellent.

Vaughan covers his long and varied career, spinning many yarns and featuring cultural giants from Joe Orton and Kenneth Williams to Paul Newman and John Huston.

I was really looking forward to listening to Peter Vaughan's life story, but his anecdotes, were not that interesting; I would have liked some more controvertial comments about people and places.
I would have liked to hear some more personal and detailed observations regarding his life in and around Crawley, as Iived there for twelve years or more and became unexpectedly fond of the place. I sort of miss it and am whistful re happy and sad memories, now in less amicable East Sussex.
Peter, does not mention his final years, in Mannings Heath.
I loved cycling and walking the roads around Staplefield and Colgate, but avoided MH, because of the dangerous road, steep and busy, up to the village. It didnt have a decent pub, either.
Much has changed in the area, for the worse; massive housing infill, great pubs closing eg The Grapes, at Pease Pottage, the lovely landlord at The Dragon, passing away....oh well.