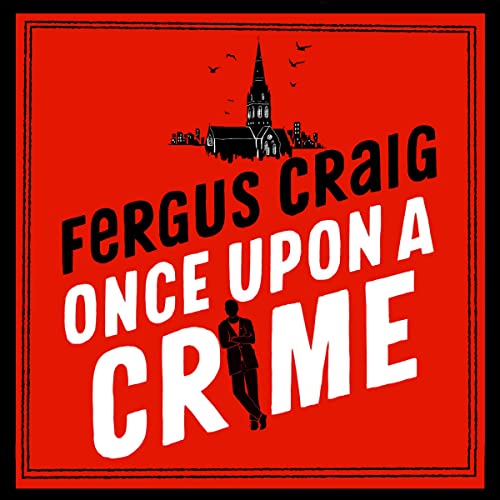 Once upon a Crime

Inspired by the smash hit Twitter videos, Once upon a Crime is a hilarious, ridiculous, gripping comic crime novel to make every listener's life better.

Exeter: a city in decline, South Devon's capital of crime.

Detective Roger LeCarre: a man on a quest to rid the world of crime (starting with Devon and Cornwall and then working outwards) so he can concentrate on his watercolours.

LeCarre runs 10km a day but probably burns more calories shaking his head at what has become of his city. Now Exeter is set to become the UK Capital of Culture and the ambitious lord mayor wants to turn things around. But when a young man's (dead) body is found in the centre of town, things get murky.

Detective Roger LeCarre is a character never seen before in modern fiction - a tough but troubled detective with a drink problem and a marriage in trouble. Can he find out who killed the young man, save the city and change his energy provider before the new more expensive tariff kicks in?

Filled with drama, eroticism and very specific Wikipedia-sourced information on Devon, Once upon a Crime is a thriller that demands to be listened to.

"We all need more laughs like this." (Aisling Bea)

What listeners say about Once upon a Crime