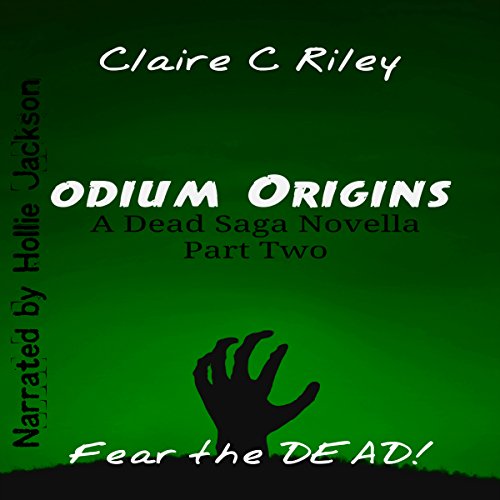 When hell claws its way up from the dark depths of the earth, and the dead begin to walk again, for several people the zombie apocalypse doesn't just mean the end of the world as they know it, it is also the beginning of a brave new life for them. For some it offers freedom, for others a deeper torment and unforgiving life than they ever thought possible.

The Bimbo, The Book Nerd, The Hero, and The Friends, everyone has their place. What really decides their fate in this new existence, nature, or nurture? Who they become when the world goes to hell is the true decider on their own humanity, and will ultimately decide their fates.

Forever changed, they have to learn to adapt to this dangerous and dark new world before they become one of the living dead themselves.

Odium Origins is an accompaniment to the full length novel Odium II: The Dead Saga. It contains several short stories featuring some of the characters that you loved to hate.

What listeners say about Odium Origins

The first part of these two novellas was better just because of the better known characters from the main series. I have actually forgotten the names of these characters because their roles were smaller but perhaps the pacing is a bit slower too. Dean and Anne are in this one, the pair that were taking care of that small town and dusting things all the time. Their story is a love triangle were two guys and a girl hunker down in a celler. May sound odd, but I think a lot of people can relate to this. How Anne got all aggressive in the end left me very satisfied.

I'd like to see more of Anne and Dean, and with their role in the anti-zombie barrier I cat imagine I won't. But theres a last chapter that talks about the author and her penchant to kill off characters. hrmpf!

Hollie Jacksons narration was terrific, nothing to fault.