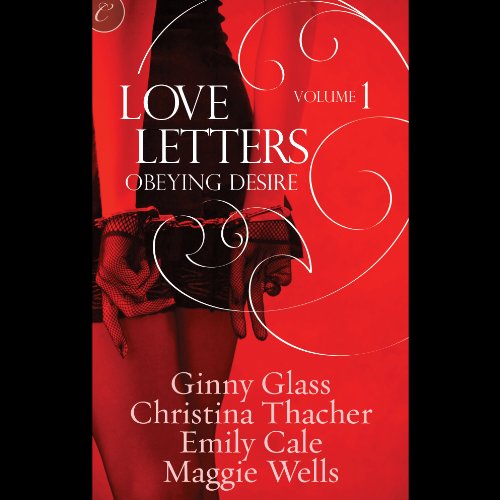 "D Is for Detained", by Maggie Wells: He was the preacher's son; her parents owned the local sex shop. Sherry Adams and Tyler Prescott's attraction was forbidden when they were teenagers, but years later Deputy Tyler takes out his trusty handcuffs to show her just how good they could be together.

What listeners say about Obeying Desire

If you could sum up Obeying Desire in three words, what would they be?

these are short stories that introduce you to new authors and readers. Isabelle's AKA is Gabra Zackman, don't miss her Jude Devereux reads the Velvet series. She also does a great job on the Harlequin Blaze books. I don't know the other readers and don't recognize them enough to figure out their AKA names/reads.

Note use new 1.25x speed to get the best of these short stories.

Isabelle Gordon book #1 and the last reader on book #4 were good and so were their stories. Story #2,3, were not worth my listening time.

I am a big fan if reads from both I.G. and G.Zackman. Her male voices are yummy which was the reason for this purchase. Her book/read was hot.

A nice mixture of hot dominating stories. Some better than others but a good all round listen