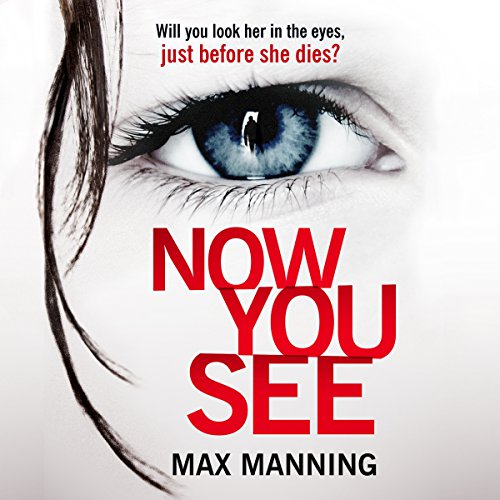 By: Max Manning
Narrated by: Nick Underwood
Try for £0.00

Will you look her in the eyes, just before she dies? A terrifying crime thriller that will set your pulse pounding. Perfect for fans of M. J. Arlidge, Robert Bryndza, and Angela Marsons.

A psychopath calling himself I, Killer has posted two photos of his first victim online - before death and after death. They've gone viral before DCI Fenton's team even discovers the body.

Soon another victim's photo is similarly posted...and so begins the killer's following.

DCI Fenton is determined to discover the identity of I, Killer. Then the murderer makes the hunt personal, and Fenton's search becomes a matter of life or death for him and his daughter.

But as I, Killer's body count rises, his number of online followers is growing - and he loves to give his fans what they want....

What listeners say about Now You See

Boring and hard to listen to.

Characters were not likeable or relatable. The narrator was mono tone and the twist was non existent.