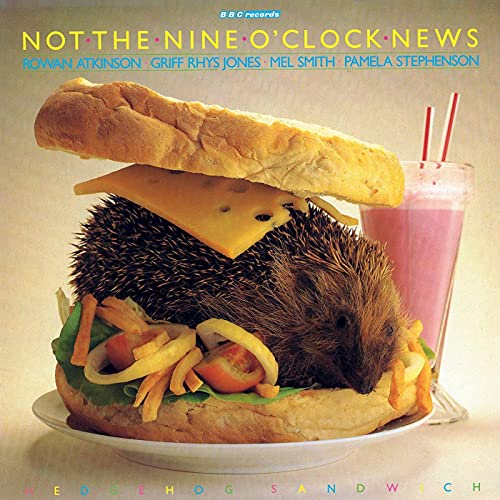 Rowan Atkinson, Griff Rhys Jones, Mel Smith and Pamela Stephenson star in highlights from the groundbreaking BBC TV comedy sketch series. Not the Nine O'Clock News is regarded as one of the classics of British television comedy. Written by some of Britain's finest comedy writers, including Richard Curtis (Four Weddings and a Funeral, Blackadder), Guy Jenkin (Outnumbered, Drop the Dead Donkey), David Renwick (One Foot in the Grave) and Andrew Marshall (2point4 children), the show was innovative, rude - and extremely funny.

This hilarious compilation includes some of the best sketches and songs, including '(I Like) Trucking', 'England My Leotard', 'Supa Dupa', as well as the Barry Manilow and Ronald Reagan songs. With its irreverent and outrageous look at everything from University Challenge, marriage, and lager to bad language and squashed hedgehogs, this release features some of the sharpest, wittiest comedy to have graced the small screen.

What listeners say about Not the Nine O'Clock News: Hedgehog Sandwich (VintageBeeb)

Not The nine o'clock news

As funny now as it was circa 40 years ago.
loved every single second of it.

Brings back happy memories from early eighties.
Favourite part is the 'I Believe' song, that also works for Donald Trump.