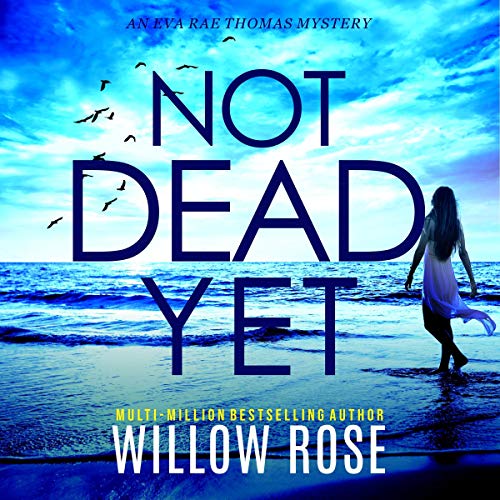 By: Willow Rose
Narrated by: Kendra Lee Oberhauser
Try for £0.00

Secrets lead to lies and lies to murder in this pulse-pounding thriller with lots of shocking twists.

Has former FBI-profiler Eva Rae Thomas finally gotten herself in deeper than she can handle?

When the body of Nancy Henry is pulled out of the water of Sykes Creek by two local fishermen, they soon realize she’s not dead.

Before she disappeared, Nancy Henry appeared to have everything: a successful husband who adored her, two beautiful children, a modeling career, and a charming home on South Merritt Island with a heart wreath on the door.

Now that she is back five years later, everything has changed. Her husband has remarried, and her children are almost grown.

Everywhere she turns, people are telling her the same thing: We thought you were dead.

What happened to her?

Nancy claims she doesn’t know where she has been. She remembers nothing after a blow to her head, and she doesn’t want to talk to the investigation team lead by former FBI profiler Eva Rae Thomas, who has agreed to help with this bizarre case.

The sheriff’s office wants to give up on the case, but Eva Rae doesn’t quite believe in quitting. She sees fear in Nancy Henry’s eyes that makes her believe she is lying to them, maybe to protect herself. What secrets is she carrying? And what about her husband?

To get to the truth, Eva Rae must get to the bottom of what really happened on that night five years ago, when Nancy Henry disappeared from her home in what looked like a home intrusion. But the past isn’t always easy to dig up, especially not when someone wants it to stay hidden - and will go to great lengths to make sure it does.

Someone obviously tried to kill Nancy Henry. Will they come back to finish what they started?

Buy Not Dead Yet today to get lost in a mystery you won't be able to stop listening to, with a plot twist you didn't see coming.

What listeners say about Not Dead Yet

love the twists want to dump the main character

New to Audibel. Struggling to find right book for me. Loved this. Narrator did great job.