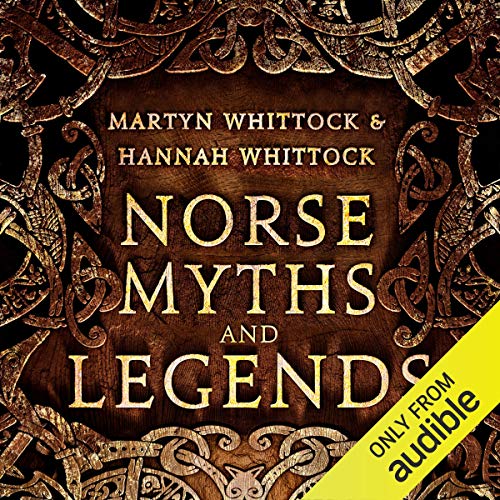 While the main focus of the book is on telling the stories, some scene-setting is provided at the beginning, and each chapter also contains a section of commentary to explain what is going on and its significance.

The Norse myths have gained widespread attention in the English-speaking world, partly through a Scandinavian diaspora, especially in the USA, and partly through a great interest in the myths and legends which lie behind Viking activity. Tolkien's Middle Earth, too, as seen in both The Lord of the Rings and The Hobbit films is heavily indebted to Germanic/Norse mythology. The Whittocks' book fills a gap in the market between academic publications and the interest-generating (but confusing) products of Hollywood and comic culture.

This is an accessible book which both provides a retelling of these dramatic stories and also sets them in context so that their place within the Viking world can be understood. The book explores Norse myths (stories, usually religious, which explain origins, why things are as they are, the nature of the spiritual) and legends (stories which attempt to explain historical events and which may involve historical characters but which are told in a nonhistorical way and which often include supernatural events).

What listeners say about Norse Myths and Legends

Some of the more common stories well told

You've probably heard a lot of the storied before but given how long they're been about this is unsurprising! Only thing I found a little less than excellent was that it was quite quiet.