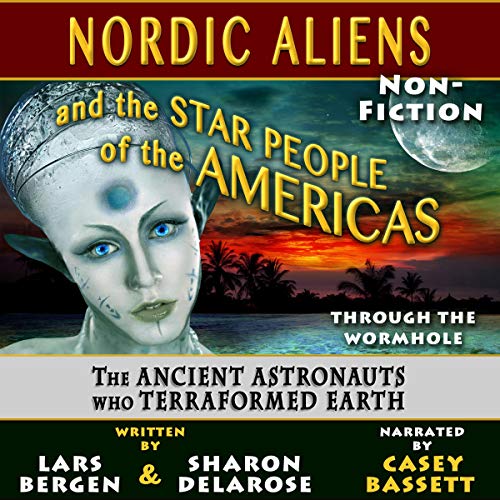 Nordic Aliens and the Star People of the Americas

Humans living in a dark, flooded world without sunlight - that’s what the gods of the Incas found upon their arrival. They terraformed waterlogged Earth to make it habitable again and built golden cities along the western half of South America connected by 25,000 miles of Inca road.

Inca legends match the biblical Genesis but with incredible detail that tells a much fuller story. Creation did not involve making the sun and moon, and Earth out of nothing - it reworked what was already here. Darkness suggests a sky filled with debris, possibly volcanic, blocking out sunlight and moonlight. Extraterrestrials cleaned our atmosphere to make the sun and moon visible again, and then settled on Earth for a time to teach us a better way of life. They taught us how to be human.

These visitors from the stars instructed us in masonry, metallurgy, farming, road-building, irrigation, reading, writing, mathematics, a system of laws, astronomy, human and veterinary medicine, meteorology, toolmaking, cobbling shoes, and how to protect ourselves against wicked giants. And then they left, promising to return someday. We are still waiting.

Contrary to traditional belief, they abhorred cannibalism and human sacrifice, two of our nastier traits, but like rebellious teenagers we did it anyways. Their method of teaching would be called kidnapping and slavery by some, presenting us with an ethical dilemma since we’ve used the exact same methods ourselves. We’ve even engaged in activities with “uncontacted tribes” that match an eighth-century AD attempted disclosure event by the extraterrestrials, with about as much success.

Many ancient gods looked like us but were giants with skin as white as snow and equally white curly hair - in other words Nordic aliens. These “sons of god” commingled with the “daughters of men” to create a troublesome race of giants which tormented humans and had to be eradicated.

Ancient American history is full of strange events in the sky, cities of the gods such as Tiahuanaco in Bolivia and Teotihuacan in Mexico, underground cities, and oracles which responded in the language of the gods. How much more evidence do we need?

Supernatural legends surrounded Lake Xarayes, Lake Titicaca, and the golden city of El Dorado near Lake Parima. But perhaps the most compelling legends of all speak of the amazing way in which extraterrestrials respond to our weapons’ fire against them, the same today as it was thousands of years ago.