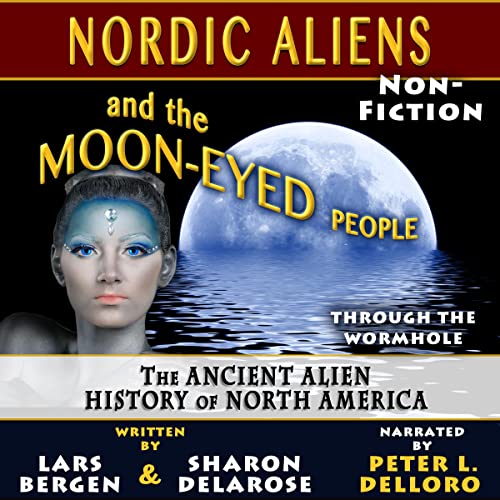 Nordic Aliens and the Moon-Eyed People: The Ancient Alien History of North America

In Central America, doctors of different colors came down out of the sky, mated with humans and begat 1,200 children. Nearby lived the Magic Wallas, a tribe of unusual Indians whom bullets could not touch. They flew through the sky, controlled the weather, and spoke the language of today’s Nordic extraterrestrials.

In North America, a supernatural race befriended the Cherokee Indians and transported an entire village to another world. Flying machines empowered whichever Medicine Man possessed one, while giants produced children with humans in legends that match those of the flesh-and-blood fairies of Ireland, which in turn match encounters with extraterrestrials today. Evidence traces a migration of giants from Ireland and Wales to the Americas where we’ve found giant mummies with red and yellow hair.

A North American base of giant white extraterrestrials existed near where the Paiute Indians encountered mysterious white entities, and where Chinese monks saw strange white-haired women in the 6th century AD near the Kingdom of Fu-sang. This is the same region in which we’ve found an underground city-complex filled with giant mummies and advanced technology, and where archeological discoveries match the Fu-sang legends.

The conquistadors encountered giant yellow-haired Indians in the Americas with ties to the gods of Celtic Ireland and Mycenaean Greece. They also met red-haired Indians who spoke archaic dialects of Irish and Welsh, and documented strange ancestral legends of travelers from distant lands whose activities suggest the British Isles.

Were they ordinary migrants who made their way across the Ocean? Or were they descended from the Celtic gods? Inexplicable recessive genes in some Native Americans could be the Holy Grail of extraterrestrial proof, as would studying the DNA of big-headed skeletons, big-brained skulls, and giant mummies. Is this America’s secret history?

What listeners say about Nordic Aliens and the Moon-Eyed People: The Ancient Alien History of North America