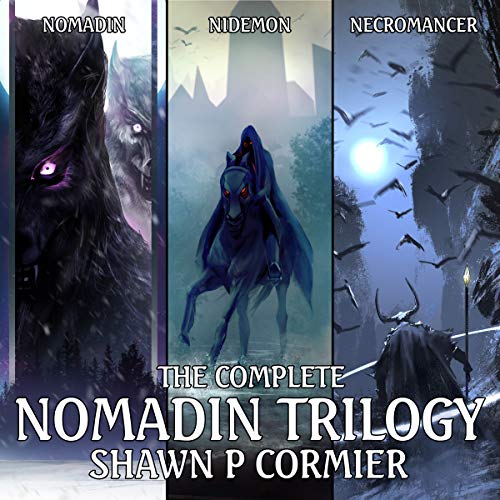 By: Shawn P. Cormier
Narrated by: Jus Sargeant
Try for £0.00

From Book 1: Twelve-year-old Ilien Woodhill is having a rough week.

His enchanted pencil won't stop mouthing off to the biggest bully in town, he discovers he might be Satan reborn, and the eyes he accidentally conjured up refuse to leave him alone.

Oh, and he might have been born a girl.

He's not sure which bothers him most, but he is dead sure of one thing. Saving the world won't be easy!

Ilien Woodhill has lived the sheltered life of a normal boy from a small nowhere town. His biggest worry is the pair of bullies who wage a relentless battle to break his spirit. All that changes when the old wizard, Gallund, comes to stay at the house. Ilien's wise-cracking, enchanted pencil may get him A's in math, but it's little consolation for the extra beatings from Stan and Peaty.

For now, Ilien is perfectly content conjuring fang-filled jaws and sword-wielding arms for his own amusement, but he'll soon learn more than Gallund will teach him. A shadow touches his peaceful land of Nadae. An ancient evil is stirring. A NiDemon has crossed from the Land of the Dead. It has stolen the book that holds the Necromancer's imprisoned soul, and it seeks the Prophesied child who can open it. Now Ilien must run - from a monster of unimaginable cunning and power toward a fate far more frightening than that which hunts him. But he cannot run forever. Eventually he will have to make a stand. Soon or later he will have to face what the legendary Nomadin fear most...himself.

Good idea but just not a great story

My daughter stopped listening to this after 30 minutes.
It drags - the character development is poor and, frankly, you tend to hate the lead character as he's so spineless at times and thick as two planks at others. The author really could have done some wonders with this and maybe the story gets better but she lost patience and me too.