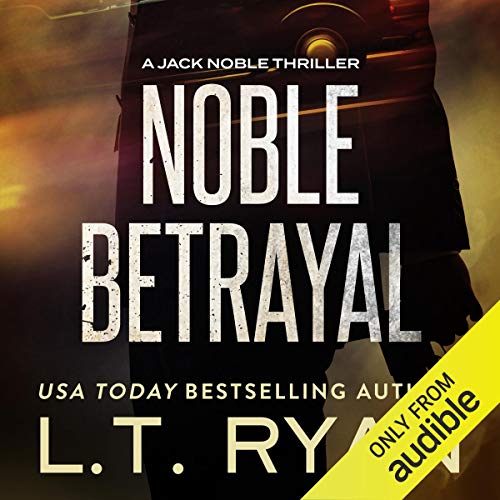 Jack Noble is on a plane, heading across the Atlantic to perform one last job. A favor for an old friend, he tells himself. Anything to put off an early retirement for a few weeks longer. Shortly after setting foot in London, Jack discovers that not all is what it seems. His presence did not go unnoticed by Great Britain's intelligence community. Worse, he finds that he's not the only one after his target. And those same people are after him. Jack refuses to quit until he's uncovered the mastermind of a consipiracy that reaches the top of Britain's government.

Noble Intentions: Season Three is a gripping and suspenseful action thriller sure to keep you listening to the last minute.

What listeners say about Noble Betrayal

This was your typical Jack Noble book. Good story line well played out. I have enjoyed all of these so far however the atrocious British accents ruined the enjoyment. Very single English person spoke with a ‘plum in their mouth’ and even the rough ones spoke with posh accents. Better not to have done them at all than narrate them in this way

Noble Betrayal is Book 7 in the Jack Noble espionage series. I have reviewed the prior 6 novels in the series. The early novels in the series earned 4 star ratings, but the series improved and more recent ones including Noble Betrayal easily earn 5 stars. I always appreciate it when a publisher's summary gives just the right amount if information to set up the plot. This novel is a perfect example. But for those who desire to listen to Noble Betrayal without listening to earlier novels in the series, I want to introduce three key characters. The first is Clarissa Abbot who was on Jack Noble's team when he worked with a US intelligence agency. The second is a huge operative known as Bear who worked with Noble in the US Marines, then with the government while still a Marine, and now when they are business partners as government contractors. The third is a delightful 7 year old girl whose parents were killed on one of their missions and who is now Bear's ward. Dennis Holland does a fine job of narrating this 11 novel series.

Lovely Tale about A Fascinating Fellow

As stories go, this one cannot be ignored by anyone interested in spy thrillers with plausible twists and enamoring characters. I recommend it to all fans of the genre as one classic no one should omit.

Another Kick-Ass ride. The book really keeps you guessing the whole way through. Great job Mr Ryan and Mr Holland.

Another great book by L. T. Ryan! He keeps getting better with each one! The narrator does an excellent job of bringing the book to life!

Totally enjoyed this detective mystery.I can hardly wait to start the next one. Great writing.

If you enjoy Vinve Flynn, Mark Dawson, you will really like this series. The narration is also excellent.

I usually enjoy the Jack Noble books but found my attention wandering during this narrative. Not sure why....just didn't get into it.

L.T. Ryan has done an amazing job on this action filled series. Never a dull moment and keeps you on the edge guessing where the story will turn next. I'm anxious to start the next book in the series.

Loved the story line was suprised with the twist and turns. Like that Jack Noble and Bear combo. Looking forward to Season 4 and the next adventure...

This book was the best in the series. Highly recommend! Can’t wait to read the next