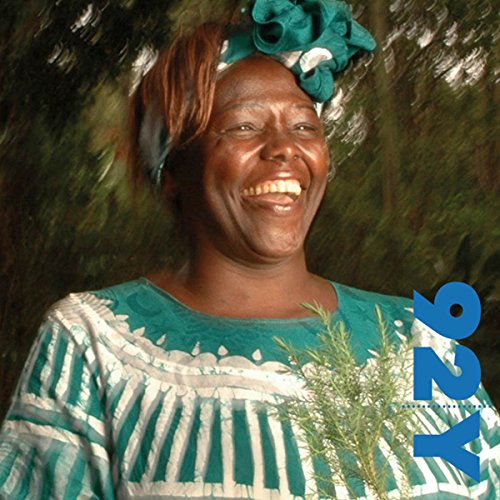 Nobel Peace Prize winner Wangari Maathai discusses the state of African democracy, human rights, conflict, and environmental issues at the outset of the 21st century. The first East African woman to receive a PhD, Maathai has survived beatings, imprisonment, and assassination attempts in her struggle to bring democracy, gender equality, and environmental justice to Kenya. Despite the obstacles she has faced, Maathai remains optimistic in this 92nd Street Y interview with National Geographic editor-in-chief Chris Johns. The activist and politician reflects on her continued work with the Green Belt Movement, which has hired Kenyan women to plant trees and protect the country’s forests for over 30 years. Maathai also suggests means by which African countries can advance democracy, end tribal "micro-conflicts", and promote gender equality.

Wangari Muta Maathai, winner of the 2004 Nobel Peace Prize and founder of the Green Belt movement in Kenya, speaks with Chris Johns, the editor-in-chief of National Geographic, about the critical link between the environment, democracy, the complex continent of Africa, and world peace.

I really enjoyed listen to her testimony and how to help the environment. I was sad to learn she passed in 2011,because I really would have loved to meet her.

Enjoyed hearing Dr. Wangari Maathai tell her story on the world stage and finally get recognized for her efforts after having witnessed her work in Kenya through the years. Her take aways at the end: determination, persistence, and patience describe her experience perfectly.