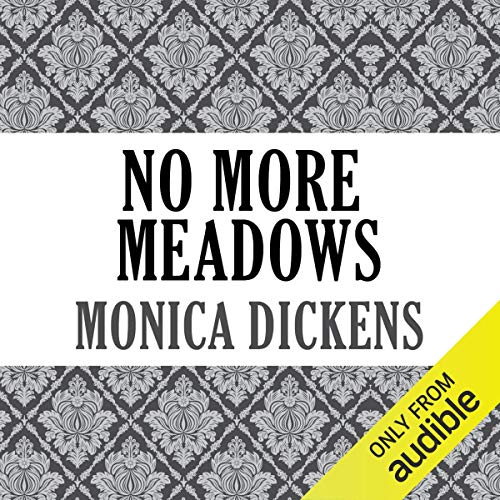 ‘Times are changed with him who marries; there are no more bypath meadows where you may innocently linger, but the road lies long and straight and dusty to the grave.’ So wrote Robert Louis Stevenson. Christine felt bound to agree. ‘My wife can do anything,’ Vinson said. Even if anything meant getting used to the size and pace of his country, America? Wearing a sycophantic smile for the wife of Admiral Hamer (who wore patent-leather shoes like bananas) Because Vin hoped to be promoted? Having a cold Turkey and a cold ham at every party? Smiling through The inevitable silences of marriage? Was Vinson what she really wanted? Even on the cold, bleak days when nothing went right, the crazy neighbour called while Captain Decker was having cocktails, Vin’s mother had an appendectomy during a thunderstorm, she lost out on the TV quiz and she and Vin quarrelled Bitterly? In No More Meadows, Monica Dickens unravels the threads of a very real marriage, with her inimitable warmth and sense of idiosyncratic character.

Great granddaughter to Charles Dickens, Monica (1915-1992) was born into an upper middle class family. Disillusioned with the world she was brought up in - she was expelled from St Paul’s Girls School in London for throwing her school uniform over Hammersmith Bridge - Dickens then decided to go into service, despite coming from the privileged class; her experiences as a cook and general servant would form the nucleus of her first book, One Pair Of Hands in 1939. Dickens married an American Navy officer, Roy O. Stratton, and spent much of her adult life in Massachusetts and Washington D.C., but the majority of writing continued to be set in Britain. Her book of 1953, No More Meadows, reflected her work with the NSPCC and she later helped to found the American Samaritans in Massachusetts. Between 1970 and 1971 she wrote a series of children’s books known as The Worlds End Series which dealt with rescuing animals, and to some extent children. After the death of her husband in 1985, Dickens returned to England where she continued to write until her death aged 77.

I've been reading her novels for many years. great to hear them read to me for the first time. Some of the narrator's pronunciations seemed a little odd.

Read in a flat monotone that kills the story

Oh dear. I have several of Monica Dicken's books, well read, well loved. That's why I was sure I'd enjoy this, one of my favourite books.

Sorry, I'm going to have to return it. It's not so much narrated as 'read out loud in a flat monotone', and I can't stick with it, it's so intensely irritating.