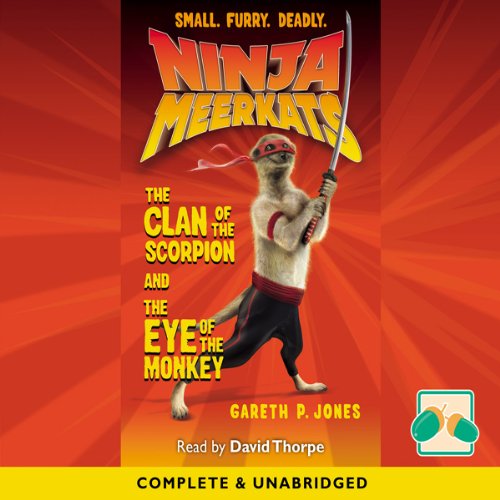 Ninja Meerkats: The Clan of the Scorpion/ The Eye of the Monkey

Hidden in the remotest reaches of the Red Desert, in a place called Mystic Rock, legend tells of an elite fighting force of ninja meerkats - The Clan of the Scorpion. Under the guidance of the Grandmaster One-Eye, these four warriors are sworn to protect the world from their age-old enemy, the Ringmaster...When the world’s rarest tiger is stolen from a locked cage, the meerkats set about tracing the thief. Could this be the latest venture of the evil Ringmaster? When an enormous precious stone, rumoured to possess the power of invincibility, disappears, The Clan set off to investigate. On their arrival, they encounter the ancient guardians of the lost stone, the Shaolin monkeys. But are they friends or foes...?

What listeners say about Ninja Meerkats: The Clan of the Scorpion/ The Eye of the Monkey