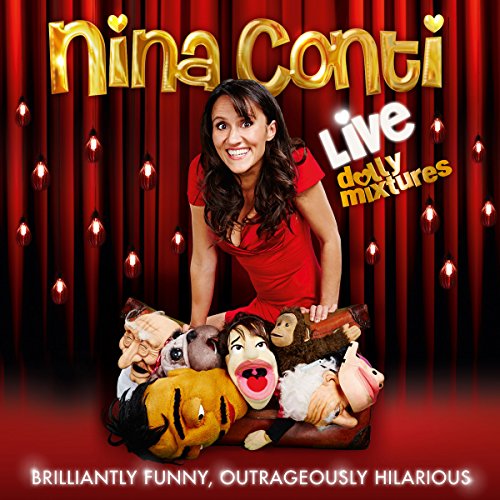 British Comedy Award Winner 2013, internet sensation and star of BBC’s Live at the Apollo and Russell Howard’s Good News, Nina Conti is a groundbreaking ventriloquist whose Dolly Mixtures show is a performance of comic thrills and surprises.

Unlike any comedy show you have seen before Nina Conti - Dolly Mixtures is a night of outrageous madness and mayhem, making the audience part of the comedy and the show a must see--though you will be thankful you are enjoying it from the safety of your sofa.

Brilliant Comedy from an outstanding and creative Nina!

Honestly when you listen to this you’ll grin from ear to ear and laugh out loud …all the characters are so funny and likeable at the same time … good sports in the audience too .. that made it even funnier !
I saw Nina and Monkey live at the Edinburgh Festival… such a great show !! How she makes the characters work whilst keeping the show going is mesmerising and very clever !! Go Nina ! Audible please bring more similar comedy into our ears !!! X