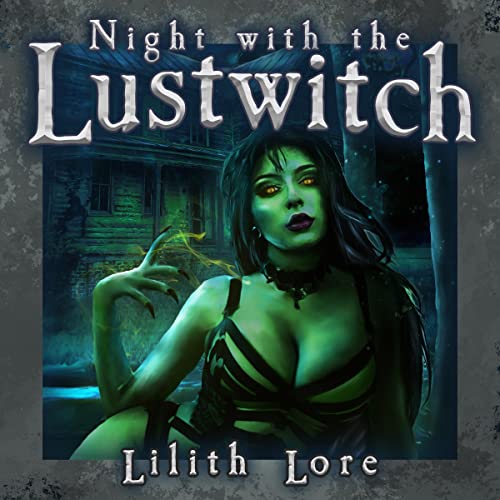 By: Lilith Lore
Narrated by: Jessica Howard
Try for £0.00

Samuel Levin is leaving for college in the morning, but there's still one more thing he needs to do before he goes...

Morgan House, that old abandoned home across the street, gives him the creeps, but it's the only way to prove to himself and his girlfriend, Ashlyn, that he isn't afraid of anything - that he's ready to leave this town for good and make it on his own.

Spend an entire night inside the house...alone. That's the plan.

Someone...something is waiting for him, lurking in the shadows — an ancient creature bound by sexual magic.

Will Sam be able to conquer his fears and overcome her?

This mildly spooky tale is for listeners 18+ ONLY. The series features explicit fantasy sex between humans and the voluptuously deviant creature known as the Lustwitch. Amidst the many heated sexual encounters found within, a blossoming love story emerges for the avid romance listner to cherish. Come and fall in love with these characters...and then come again.

What listeners say about Night with the Lustwitch

Consider the title of this book, it is exactly what it says it is the list which. If you don’t look at it as just erotica and you look at it like just a story, it was actually really good