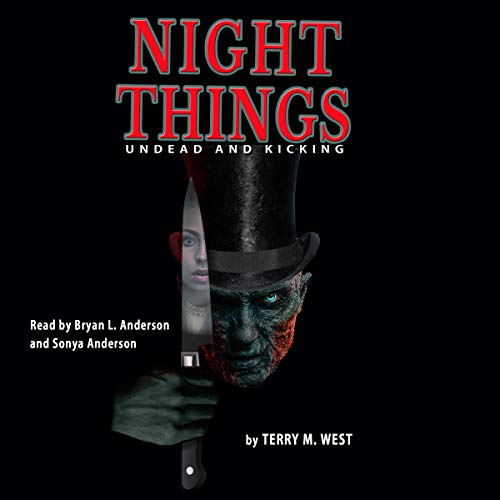 Imagine a world just like yours with one startling difference: every creature of legend has stepped forward from the shadow and they now exist shoulder to shoulder with humankind! New York City has become a macabre melting pot. Vampires, werewolves, zombies and ghouls are now the new immigrants and they are chasing the American dream. The Night Things have become part of the system. But many humans feel the creatures are dangerous ticking time bombs. Carol Haddon is a former professional fighter living in New York City. Now a social worker, she has devoted her career and life to assisting the Night Things. She is killed after a senseless and brutal attack on her office. Carol is reanimated by the mad genius, Herbert West. West discovers that Carol carries a very unique DNA that could change things dramatically for the zombie population of the world. Johnny Stücke, the mysterious leader of the Night Things who has emerged in the media after Z Day, a citywide zombie attack a few months prior, takes Carol under his wing after her life as a mortal is stripped away. Carol's creation has also attracted the attention of Herbert West's greatest enemy, Edmund Wraight. An experiment of Herbert West's gone horribly awry, Wraight is an ageless, violent, and hungry creature who was once known as the infamous Jack the Ripper. And he must stop West before the scientist unlocks the secret hidden in Carol's blood.

What listeners say about Night Things: Undead and Kicking

The story was good.The wording was too specific and drawn out.No one talks like that,even Zombies!I could barely stand to listen to anymore.Bryan L Anderson was an okay narrator but Sonya Anderson was just too slow and plodding. was given this free review copy audiobook at my request and have voluntarily left this review.'

Sometimess I felt like this book was more of a comic book style of a story. The author had tons of ideas, but they were all over the place.