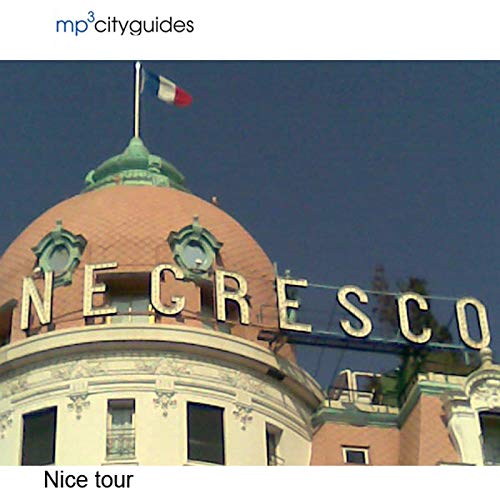 It might be one of the world's most popular holiday destinations but Nice has a fascinating history.

When they defeated the nearby Barbarians, the ancient Greeks celebrated by calling their city Nikaia after Nike, the goddess of Victory - and ever since Nice has occupied vital position in the Mediterranean as our Nice audio guide explains.

As this Nice guide leads you through the street we'll tell you about the Englishman who established the Promenade des Anglais and his compatriot who introduced the noonday gun as well as the tragic story of the Roumanian founder of the celebrated Negresco Hotel.

Hidden away amongst the cafes and displays of suntan lotion, your audio guide to Nice will show you the spot where a king, an emperor and a Pope met in Nice to make piece - and promptly fell out again. The composer of great hymns such as Abide with Me died in Nice and our Nice audio guide will point out where.

After the vast modern Place Massena, our guide to Nice will show you around the Old Town, Le Vieux Nice with its beautiful flower market where Matisse once lived - and we'll tell you the grim story behind the religious order founded there. Our audio guide to Nice will tell you about the historic cathedral - and point out the best ice cream in town. You'll learn about one of the most intriguing but least well known museums and hear about Garibaldi, the great Italian leader's connection with Nice.

What listeners say about Nice

If you could sum up Nice in three words, what would they be?

What other book might you compare Nice to, and why?

HAVE NOT LISTENED TO ANY.

EASY TO UNDERSTAND AND INFORMATIVE PRIOR TO MY VISIT TO NICE.ALSO
WILL TAKE WITH ME ON IPOD.

YES , BUT HAVE LISTENED REPEATEDLY,ALONG SIDE MAP AND MAGNIFIER

I HAVE A SIGHT PROBLEM AND THEREFORE TRAVEL GUIDES ARE NO USE AT ALL TO ME ,TOO MUCH INFORMATION TO WADE THROUGH.
i AM TAKING MY TEENAGE GRANDDAUGHTER TO NICE,IN THE SUMMER AND I FEEL ALREADY CONFIDENT TO BE ABLE TO ENJOY THE HOLIDAY AND GET THE MOST OUT OF IT. THANK YOU.