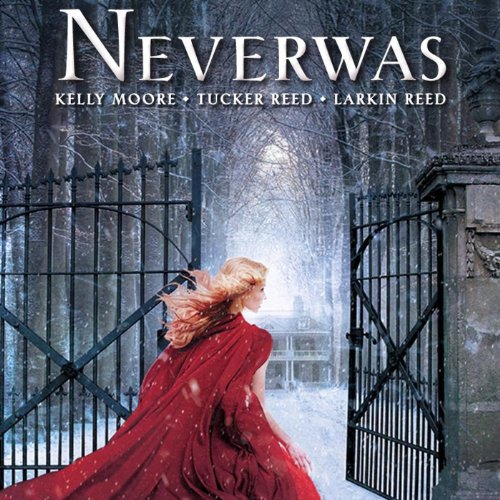 At the end of Amber House, Sarah made a choice that transformed everything--and now she must choose it all again.

"I was sixteen the second time I had my first kiss..."

After growing up in the free country of the Pacific Northwest, Sarah Parsons has settled in at Amber House, the stately Maryland home that's been in her family for generations. But the world surrounding the House feels deeply wrong to Sarah. It's a place where the colonists lost the 1776 Insurrection, where the American Confederation of States still struggles with segregation, and where Sarah is haunted by echoes of a better world that she knows never existed.

Her friend Jackson shares these visions of a different world - and together, they manage both to remember the way things ought to be, and to plan a daring mission that will reset the universe once again. It will involve objects from the past, knowledge of the future, a leap into the unknown...and in the end, a sacrifice Sarah never imagined.

What made the experience of listening to Neverwas the most enjoyable?

The narrator read the book and acted the characters voices beautifully.The storyline was well written and very intriguing.

The switch from past to present.

The future is not promised

I LOVED this book and really wish I had known there was 1 before it!It is well written and the plot is amazing!The narrator did a perfect job with the voices for each character.It was just a beautiful collaboration in my opinion.

Would you consider the audio edition of Neverwas to be better than the print version?

My first experience with this story is through the audio version. I do plan on purchasing both books for my collection.

This was an action-packed adventure that brought over all the mystery and magic of the first story.

Have you listened to any of Tucker Reed’s other performances before? How does this one compare?

This was as enjoyable as the first narration of heard of Amber House.

Amber House where the mysteries of the past refuse to stay hidden,

It was my own misunderstanding but up until a forth through the book did I realize this world was the result of the actions of the first story creating an alternate universe. Upon accepting that idea I thoroughly enjoy every moments and creativity that went into this wonderful story.

Gothic mystery gets a dystopian sequel

I was so happy to be back at Amber House, and couldn't figure out why the protagonist, Sarah, was so bummed about moving in until it's revealed that everything is taking place in a different and far more dangerous alternate reality, caused by Sarah's actions in the climax of the first book.

I was a bit frustrated with Sarah at points because the Nazis won WWII and it seems pretty obvious, to the reader at least, that it's Sarah's fault or Sarah's duty to fix. But she digs her heels in at times and wonders if changing time AGAIN won't just make things even worse. A looming international threat, however, finally gets her moving. Then she's far less guilty and more the Sarah I knew and loved from the first book.

There are new characters, too, and author Tucker Reed must employ Southern, Irish, British and even German dialects. I found her pacing better than the first book, slightly slower and, for Sarah, suitably more "weary".

The cliffhanger had me on the edge of my seat, literally ready to devour the upcoming third book. Cannot wait to see if the authors decide to tackle another entirely different genre with the third installment.

Lyrical imagery throughout, a gripping plot once you wrap your head around how far reaching Sarah's actions in the first book are, with a clever use for the fictitious spider introduced in book one. Practically every little detail Moore and the Reeds laced throughout the first book and the sequel get paid off. Just excellent.

What disappointed you about Neverwas?

Maybe this was a good story, I will never know. It was so unbearable to listen to that I just ash-canned it. I should look at the Audible policy for returning books. Narration was AWFUL, and I don't usually have an issue with narration.

Yeah it was a good book! Can't wait for the next. I really loved this story. will look for more in the future. a series I loved.

Would you listen to Neverwas again? Why?

yes! I'm starting over the series because I ALWAYS miss something the first time I listen to it!

Sarah and Sammy! I love Sammy!