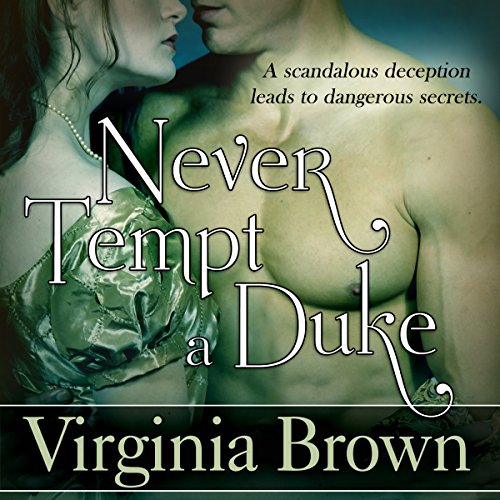 By: Virginia Brown
Narrated by: Jamie L. Carter
Try for £0.00

He could not forgive her deception. She could not resist the desire they shared. When a scandal forces them to marry, their passions lead to dangerous secrets.

Deverell regarded his beautiful bride dispassionately. He had begun to think – hope - he could find in her what he'd never had before.

That had disintegrated into ashes when she tricked him into marriage.

Now, the wedding breakfast done, the revelry just beginning, she gave him a nervous glance from where she stood near the arbor. He returned her gaze, took note of the wreath of baby's breath and pink roses atop her head, the Belgian lace train cascading from her shoulders and draping loosely over her bare arms before falling to the hem of her gown, and felt nothing. She was beautiful; fairy-like; virginal. Deceitful.

A changeling, he told himself. She'd undergone so many transformations since he'd first met her that he wasn't certain who she really was. Except that now she was his wife.

What listeners say about Never Tempt a Duke