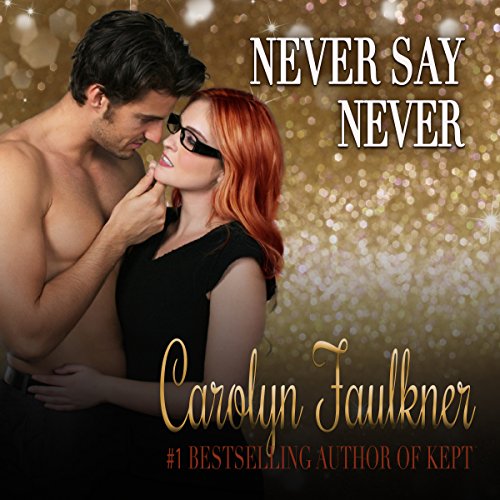 He was a monster. An egotistical, smarmy, father-stealing bastard, and she would never forgive him for what he had done to her and her family - such as it was.

Stevie Coolidge's hatred of Trent Lazenby was the white-hot anger of a daughter scorned. He had lured her father - who meant even more to her since she had lost her mother - away from her, by being all accomplished and perfect and gorgeous.

Well, anyway. He was probably a fraud or a crook or a gigolo.

For Trent, there was only one woman in the world for him - the one who hated him the most, his mentor's daughter, Stevie. Spoiled, self-centered brat that she was, only she would do for him. Good thing he enjoyed a challenge, and taming her to his hand was going to be a big one.

A quick listen, Trent, the alpha male gives us a fast paced story of love and discipline. Stevie has been Trent's unknown love interest for years. When the opportunity and circumstances arise that give Trent the chance to make his move, he pounces and does his best to convince Stevie they should be together. There is much controversy, things unknown and relationship issues between each other as well as that of Stevie and her father that need to be learned and resolved. The time between Stevie and Trent is intriguing and hot while they learn about each other, but there are also times that Trent feels the need to correct Stevie. I don't think I would classify this as BDSM relationship, more disciplinary and Stevie seems to get herself in situations that create a hard spanking! It definitely is entertaining, and enjoyable for my first Carolyn Faulkner book.

Ward Thomas gives a good performance. At times, I wished he was a little more forceful as Trent, and his voices were a little more distinctive between characters, but his voice is well paced and soothing.

Never Listen to This

Absolutely boring and a waste of my time. There was nothing that interested me; even the sex was pedantic. I am glad I did not have to pay for this snooze fest.

I received this book for an honest review; I enjoyed the story very much. It was slow in the beginning but picked up. Thanks for a good listen!!!!

Stevie does not like Trent at all, which is why they are an unlikely couple to get together. Yet Trent breaks her down and they do get together. At times, although I think it was supposed to be, the relationship felt forced. I was torn between liking them as a couple and hoping they would go their separate ways. Trent did not seem like a strong Dom to me, which made Stevie a very poor sub. It was a good story and did keep you interested, I was just not thrilled with the relationship.

Ward Thomas was easy to listen to. He spoke clearly and at the right pace to understand the story. He narrated with different voices for each character, but at times they were too similar for me to immediately know who was talking. I did enjoy listening to the book.

narrator was horrible. did not even finish. story was stupid. remove for the love of humanity.