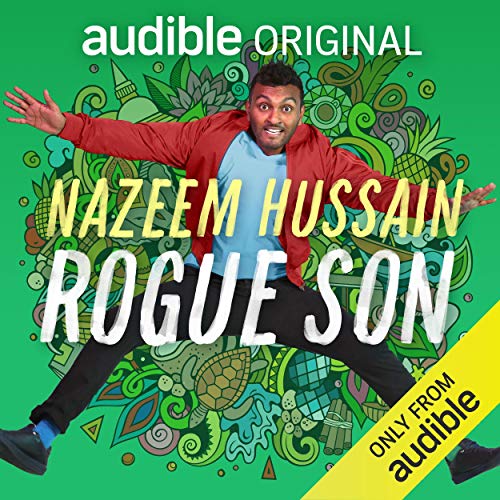 Nazeem Hussain is a grown man whose Mum won't let him go to Sri Lanka. At least, not without her by his side. But he's just had a kid, and he's started thinking ahead to the questions his son might ask him one day, like, 'why are we brown?'

So Naz flies to Sri Lanka with the echoes of his Mum's protests in his ears.

Naz tours Sri Lanka at a pivotal time for the country, politically and culturally. A new government is elected while Naz is in the air, so he lands in a strange atmosphere of confusion and change. Under this government's previous reign, disappearances of minorities were rife, and as a minority Muslim in this country, Naz's Mum has good reason to be scared of what's coming for him. And in the face of a mountain climb, a battle with a lethal martial arts guru, the forces of black and white magic and a deathly curse, Naz should really be scared too.

Really interesting. Learnt a lot about Sri Lanka, things I was only vaguely aware of. Made me think on how people who grow up away from their familial origin can feel alien in both places alongside as feeling from them (I'm like this). Also how it can be positive.

Nazeem was funny and interesting. you really feel like you're on the journey with him

a light hearted look at a 2nd generations journey of discovery in his homeland. enjoyable to listen to but not really anything too in depth here.

Very funny, very interesting, loved the background music and his mum is so cute!

A fun trip with a great guide

So sad that it's over. What a great trip. Some live bits some narrative and a great story kept me tuning in....