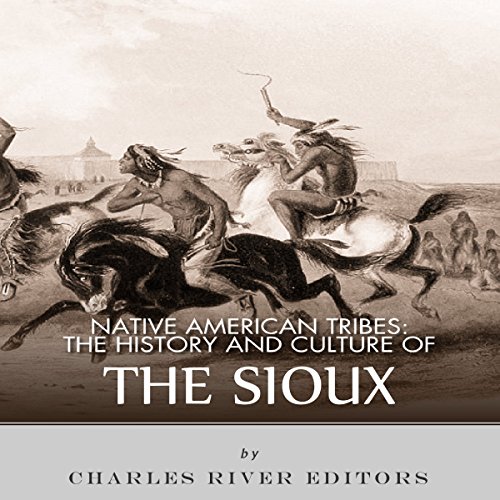 Native American Tribes: The History and Culture of the Sioux

Native American Tribes: The History and Culture of the Sioux

"They made us many promises, more than I can remember. But they kept but one - They promised to take our land...and they took it." - Oglala Lakota Chief Red Cloud

From the "Trail of Tears" to Wounded Knee and Little Bighorn, the narrative of American history is incomplete without the inclusion of the Native Americans that lived on the continent before European settlers arrived in the 16th and 17th centuries. Since the first contact between natives and settlers, tribes like the Sioux, Cherokee, and Navajo have both fascinated and perplexed outsiders with their history, language, and culture. In Charles River Editors' Native American Tribes series, listeners can get caught up on the history and culture of North America's most famous native tribes in the time it takes to finish a commute. And they can do so while learning interesting facts long forgotten or never known.

Among Native American tribes, the Sioux are one of the best known and most important. Participants in some of the most famous and notorious events in American history, the history of the Sioux is replete with constant reminders of the consequences of both their accommodation of and resistance to American incursions into their territory by pioneering white settlers pushing further westward during the 19th century. Some Sioux leaders and their bands resisted incoming whites, while others tried to accommodate them, but the choice often had little impact on the ultimate outcome. Crazy Horse, who was never defeated in battle by US troops, surrendered to them in 1877, only to be bayoneted to death by soldiers attempting to imprison him. Black Kettle, who flew a large American flag from his lodge to indicate his friendship with the white man, was shot to death by soldiers under George Custer's command in 1868.

Where does Native American Tribes: The History and Culture of the Sioux rank among all the audiobooks you’ve listened to so far?

Crazy Horse. Who else?

What aspect of Tracy Turner’s performance might you have changed?

This reader pronounces "cavalry" as "Calvary" as in the Crucifiction throughout this book which is really irritating.

Not what I expected..

The narrator for this book is awful. Not only can he not pronounce the lakota words in the book, he turns the story into a dull monotone tale. I expected more. Disappointing, if I could get my money back I would.

Some gems, but overall disjointed and poorly read.

What would have made Native American Tribes: The History and Culture of the Sioux better?

The narrative did not flow very well, changing subjects without wrapping up the previous topic and without adequate introduction for the next. It sounds very much like it was haphazardly condensed from a longer work.

If you could play editor, what scene or scenes would you have cut from Native American Tribes: The History and Culture of the Sioux?

I would have had someone more familiar with Native American history and culture proof the performance.

I would have enjoyed this much more except for the mispronunciations and the choppy narrative.