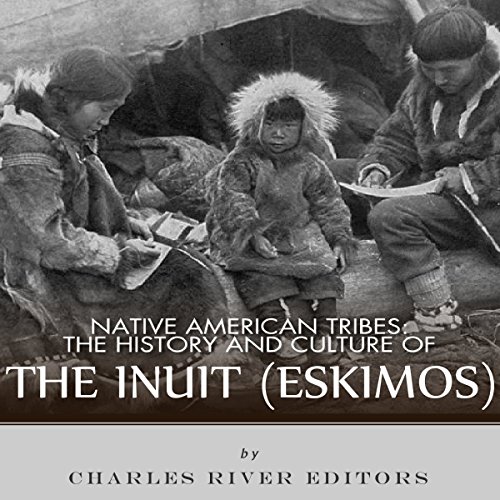 Native American Tribes: The History and Culture of the Inuit (Eskimos)

Native American Tribes: The History and Culture of the Inuit (Eskimos)

"We are told today that Inuit never had laws or 'maligait'. Why? They say because they are not written on paper. When I think of paper, I think you can tear it up, and the laws are gone. The laws of the Inuit are not on paper." - Mariano Aupilaarjuk

From the "Trail of Tears" to Wounded Knee and Little Bighorn, the narrative of American history is incomplete without the inclusion of the Native Americans that lived on the continent before European settlers arrived in the 16th and 17th centuries. Since the first contact between natives and settlers, tribes like the Sioux, Cherokee, and Navajo have both fascinated and perplexed outsiders with their history, language, and culture.

In Charles River Editors' Native American Tribes series, listeners can get caught up to speed on the history and culture of North America's most famous native tribes in the time it takes to finish a commute, while learning interesting facts long forgotten or never known.

North Americans have long been fascinated by the Inuit, but this level of interest has been matched by a general lack of knowledge about the group itself. For centuries, they have been called Eskimos, despite the fact there are distinct differences within the group and many of them find the use of the word Eskimo offensive.

With that said, the group's lifestyle has long been of interest to outsiders simply based on the fact that it's so different. The Inuit live in harsh Arctic climates in Canada, America, Russia, and even Greenland, and they are descendants of the very people who historians believe crossed the landbridge that once connected Russia to Alaska thousands of years ago.