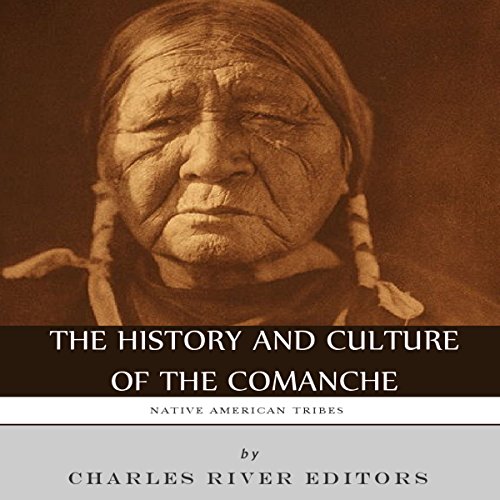 Native American Tribes: The History and Culture of the Comanche

Native American Tribes: The History and Culture of the Comanche

On the north side of San Antonio, Texas, a stone tower sits atop a hill in a city park. Originally, the tower was manned and served to warn the residents of San Antonio of the approach of Comanche raiding parties. In Texas, the Comanche are vilified and serve as a convenient reminder of the difficulties and hardships faced and overcome by brave white settlers. In reality, the Comanche provided settlers in Texas what William S. Burroughs called "a modicum of challenge and danger." For many Texans, the word "Comanche" is still akin to a curse word.

For centuries, the Comanche thrived in a territory called Comancheria, which comprised parts of eastern New Mexico, southern Colorado, northeastern Arizona, southern Kansas, Oklahoma, and some of northwest Texas. Before conflicts with white settlers began in earnest, it's been estimated that the tribe consisted of more than 40,000 members.

While the Comanche are still a federally recognized nation today and live on a reservation in part of Oklahoma, they have remained a well-known tribe due to their 19th century notoriety. Indeed, the conflict between the Comanche and white settlers in the Southwest was particularly barbaric compared to other native tribes. During Comanche raids, all adult males would be killed outright, and sometimes women and children met the same fate. On many occasions, older children were taken captive and gradually adopted into the tribe, until they gradually forgot life among their white families and accepted their roles in Comanche society. Popular accounts written by whites who were captured and lived among the Comanche only brought the terror and the tribe closer to home among all Americans back east as well.

Of course, the Comanche were far more complicated than the savage depiction that they became known for, even though their culture has been largely overlooked in the retelling of history.

Native American Tribes: The History and Culture of the Comanche comprehensively covers the culture and history of the famous tribe, profiling their origins, their way of life, their famous leaders, and their lasting legacy.

among native people the comanche stand out, not only for thier accomplishments many years ago but for the legacy they left thier people today.

This book was informative and easy to listen too. The narrator has a pleasant voice and uses voice inflecksion and accents to create a more interesting presentation of the book.

Nice brief overview of the Comanche, concentrating on their wars with encroaching settlers, very briefly touching on later reservation life.