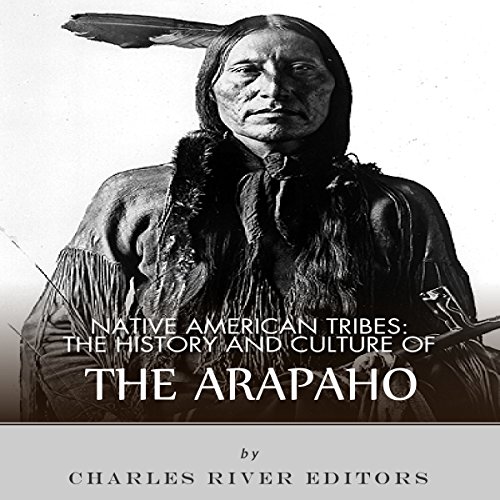 Native American Tribes: The History and Culture of the Arapaho

By: Charles River Editors
Narrated by: David Zarbock
Try for £0.00

One of the most influential Native American tribes on the Great Plains was the Arapaho, a group so renowned among neighboring Native Americans that it's believed their name came from a Pawnee word for "trader. Like other notable Plains tribes, the Arapaho split off from other groups around the 16th-17th centuries and shifted from a sedentary agricultural society to the kind of nomadic group many envision when thinking of groups on the Plains. That nomadic lifestyle brought them into contact with the Sioux and Cheyenne, both of whom became allies as white settlers pushed west and led to conflicts.

The United States sought to defuse tensions with natives during the westward push by drafting treaties regarding major pieces of land, often without understanding the complex structure of the various tribes, and subgroups within those tribes. Most notably, the Arapaho were victims of the Sand Creek Massacre in 1864, an action considered so heinous that the leader of the attack, Colonel John Chivington, was actually relieved of command after it. Ultimately, the Arapaho were forced onto reservations alongside the Shoshone, one of the tribes Lewis and Clark encountered on their historic expedition in the early 19th century. Today, they are jointly recognized with the Cheyenne, a group they were closely associated with for centuries.

Native American Tribes: The History and Culture of the Arapaho comprehensively covers the culture and history of the famous group, profiling their origins, their history, and their lasting legacy.

What listeners say about Native American Tribes: The History and Culture of the Arapaho