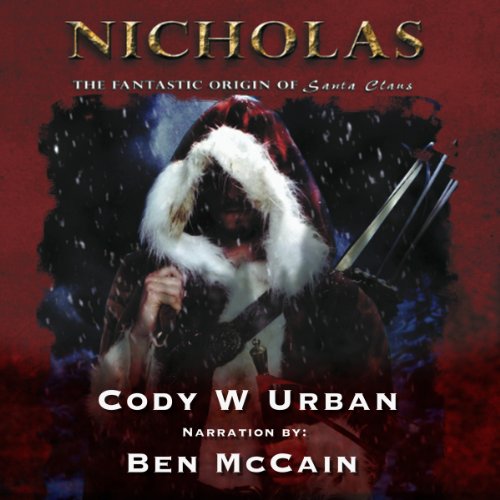 Did you know that Nicholas of Myra lived during a time of Roman oppressive and persecution? When his faith was outlawed and his people afflicted, Nicholas boldly stood against the tyranny.

After a betrayal, this average Roman soldier found himself left for dead, floating in the ice-cold Danube River to the far north of Rome. If not for the aid of a clandestine race of Earth-bound Angels, known as Elves by the Scandinavians, Nicholas would have been a name long forgotten.

After uncovering the truth behind his betrayal and the stolen love back home in Lycia, Nicholas left the Realm and traveled with the Nordic sailors, honing his skills as a warrior, and venturing home on a path for revenge.

His quest swept Nicholas upon a grand adventure culminating in the fulfillment of his destiny: becoming the saint we now know as Santa Claus. Nicholas: The Fantastic Origin of Santa Claus written by Cody W Urban is the thrilling exploration into the legends and myths behind numerous Christmas traditions.