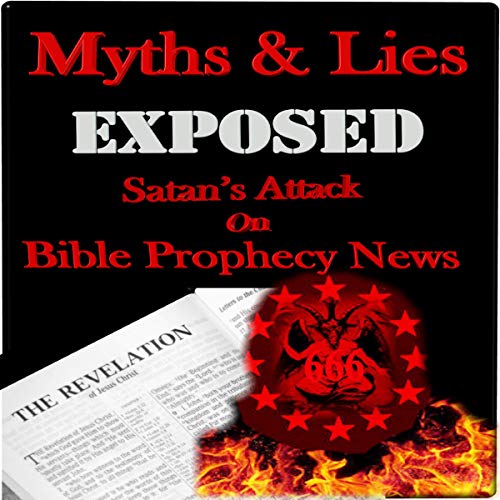 Shockingly a staggering amount of myths and lies circulate Bible prophecy news than in any other area of Biblical teachings. Satan has launched a serious attack on the reading of the fig tree. So successful is his campaign that cults have formed within the Evangelical end time watching community.

Bible Prophecy is unfolding, that is an undeniable fact. The fig tree that Jesus talked about is beginning to bloom. Yet many Christians are missing the blessing of prophecy’s unfolding. They are entrenched in the myths, lies, and cult teachings. All the while they think they are acting as true watchmen. The problem is that there exists no standard in end time prophecy news.

This audiobook exposes the myths, lies, and cults and where they began, while providing God’s standard in the Bible for those in scripture who dealt with end time prophecies.

This audiobook exposes the myths and lies and sets a standard to help guide the student of prophecy in what to look for in their teachers and to protect them from falling prey to Satan’s lies.