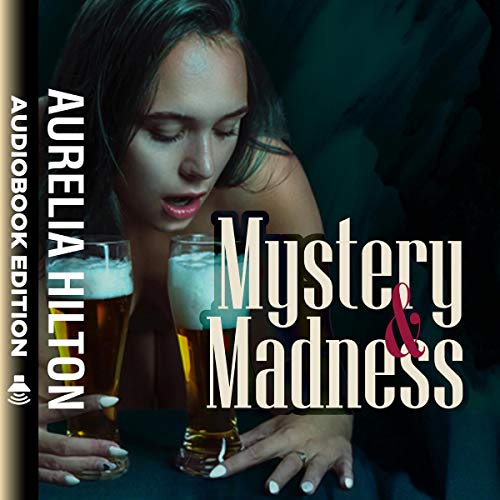 Hailey hasn’t had the best life. She was born in a tragedy, raised in pain. It was hard enough, being a college dropout. Her days were spent simply. Weed and booze with her roommates, working nights at a local club. Her nights were spent mixing shots while a band rocked until the morning.

Things were going really well for her. It wasn’t perfect, but it was good.

Guys weren’t really on her mind. She’d made a couple mistakes, chose the wrong guys. When a classically beautiful woman like her wanted attention, she’d do whatever she could to get it. That put her in some really bad places. Hailey got most of her comfort from a bottle now. It was simpler.

Well, it used to make her happy. The burn of her favorite tequila just can’t compare to what she craves now. That busy night at the bar, she met someone that turned her world upside down.

“Double Glenlivet on the rocks.”

This club was for the indie music scene. T-shirts, mohawks, colored hair. It’s all pretty relaxed. It’s not a place for a man dressed in a high-end, tailored suit. Still, his rich, soothing voice stirred something deep inside of Hailey. She couldn’t resist his charm. It was impossible to get her mind off of him.

She had no idea, that night, that he was just getting started.

Hailey doesn’t know much about this stranger, but one thing is clear: He’s going to do whatever he can to make her all his.

Warning: This book is part of Aurelia Hilton’s hot, sexy, and steamy romance novel. Things will get hot and steamy. Find out what happens when Hailey meets a man who wants to devour her...because it’s wild!

What a fun listen

What a fun listen ! Great novel.Hailey hasn’t had the best life. She was born in a tragedy, raised in pain. It was hard enough, being a college dropout. Her days were spent simply. Weed and booze with her roommates, working nights at a local club. Her nights were spent mixing shots while a band rocked until the morning.

I thoroughly enjoyed this book. It's one of the best historical romance novel I have listen in a while. I can't wait to listen more from this author.

This is a very exciting and thrilling story

This is a very exciting and thrilling story that enthalled me. I was anxious to listen what happened next. All of the characters are intriguing and real. Thank you for the great story!

My favorite novel!! I love this whole novel and am just leaving this review after I learned how important they can be. I first listen this book when it came out. Happy listening!

Well written, smart and entertaining. The main characters are likeable and strong, and the storyline is original and very well developed.

This story was raw

This story was raw and edgy, yet charming and beautiful at the same time. It definitely takes the listener on a ride, with a story that is unique, and characters that are relatable. One click away!

I really enjoyed listening this book

I really enjoyed listening this book. Its a very nice story. Keeps you listening and listening. Well done. Will listen more of this author.

Yes it is a sweet story

Yes it is a sweet story. I found the characters very enjoyable. A sweet and engaging story which I enjoyed very much. Don't you just love a happy ending? Really great.

Loved it. Good listen , so surprising ending. Aurelia Hilton did a great job.Thanks for this book.Full of mystery and madness.

This is a great listen

This is a great listen and a good clean fun romance with lots of heart I loved it . Really enjoyed this book. Good characters and storyline.THANKS so much

Loved this latest book by this author. He is one of my favs. The sub characters in this book added to this story of discovering what love feels like even when you're not expecting to find it. I would love to see a story . Couldn't stop listening !

If your like romantic suspense, you are going to love this book! Well developed characters and plot, well written, I can't wait for the next book in the novel.

I want more!! The story line and characters are amazing. I can't wait for the next book of the novel. This was a book that made the husband, kids and laundry take a back seat until I was finished!

This is probably my favorite book

This is probably my favorite book by Aurelia Hilton so far!Their chemistry it was incredible!! This was full of intensity and tons of steam, I could not stop listening when I started!!

I enjoyed listeng this story.

I enjoyed listeng this story. Aurelia Hilton writing makes me feel like I am there watching everything that is happening. I can't wait until I listen the next book in the series. It is about the Madness. I hope you will enjoy listening this story as much as I did.

This book is so so so so so good! It's funny, it has heart, it has heat, what more could you want in a contemporary romance? The characters are very believable and it was interesting to listen a romance novel solely from the guy's point of view.

This book was different

This book was different . It told of a long lasting love and how two people view an incident differently. But I t also told of taking a chance on love or anything else very enjoyable.

I enjoyed this book very much

I enjoyed this book very much. I loved the character's and the story. I can't wait to get started on the next one in this series. I recommend it to all. If you haven't listen Aurelia Hilton you don't know what your missing.

This is a must listen book

This is a must listen book. I can't wait until the next one. I hope there will be a lot more in this novel.!ailey hasn’t had the best life. She was born in a tragedy, raised in pain. It was hard enough, being a college dropout. Her days were spent simply. Weed and booze with her roommates, working nights at a local club. Her nights were spent mixing shots while a band rocked until the morning.

This was a book

This was a book I could not stop listening.Loved it, . Well done Aurelia Hilton .Did a great job.