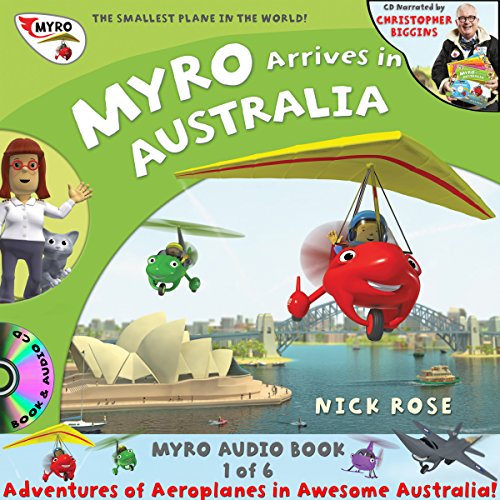 The first book in this new series follows Myro, the Smallest Plane in the World, from his home in the UK to a new life in the Australian Bush. Travelling with a bright red London double decker bus, they soon arrive at the Flying Club, hundreds of kilometers north of Sydney.

There Myro has to win the friendship and confidence of his new hangar-mates: a gyrocopter, a helicopter and a Cessna light aircraft. They are wary, but Myro's size and speed enables him to carry out a daring rescue on a remote farm, and help deliver a lamb.

Soon he's the toast of the airfield - even though he's covered in cow-pats from the bumpy landing in the cow paddock!

What listeners say about Myro Arrives in Australia