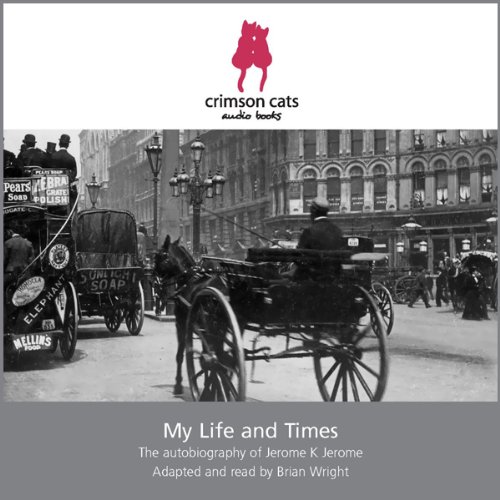 The funny and poignant autobiography of Jerome K Jerome, who is best known for his comic novel Three Men in a Boat.

Author: Jerome K Jerome struggled against poverty and obscurity, not to mention his improbable name, for many years before Three Men in a Boat made him a celebrity and the friend of other celebrities. A man of deep human sympathies and principles, he lived through and engaged with, a time - like our own - of unprecedented changes and inventions, most of which are commonplace now. Much of his writing, especially for the theatre, has now been forgotten, but a year before his death in 1927, he published his autobiography in the popular style he pioneered - still in daily use by journalists.

Reader: Brian Wright was born in the East End and, after Oxford, went on to RADA. After several years in repertory, RSC, and the West End, he began writing and has won two Sony Awards, a BAFTA nomination and a fellowship at Bristol University. His books The Canal Children and Penge Papers are published by Heinemann, Souvenir, and Pan. His solo performance Black Snow was presented at the Edinburgh and Cheltenham Festivals and on BBC radio, and his solo performance Shaking Spears for Shakespeare is still touring.

Music: The traditional music is arranged and played by Richard and Elizabeth York from their CD Playing for Time, published by Lizard Records, Northampton.

"The cheerful, brisk narration of this fascinating 1926 autobiography draws the listener into the delightful company of a jaunty, energetic and thoroughly likeable man." (Rachel Redford, Observer)

What listeners say about My Life and Times