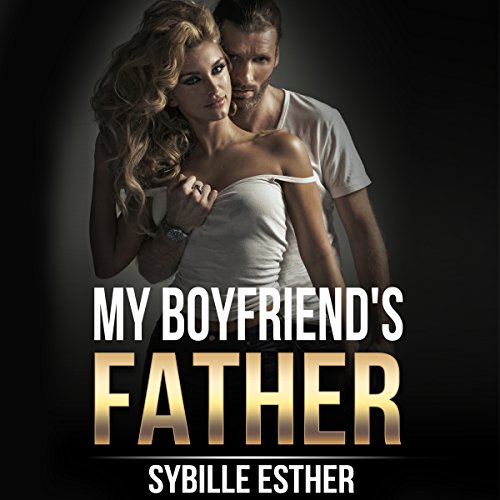 By: Sybille Esther
Narrated by: Candace Young
Try for £0.00

Emily is sexually frustrated, unemployed, and living in a house with her boyfriend and his smoldering father, Charles. When Emily encounters Charles alone in the kitchen one morning, he begins to dominate her in ways she hadn’t ever expected.

Torn between her boyfriend, Will, who’s sleeping in the bedroom, and his older, alpha father, Emily finds herself at a crossroads between desire and devotion.

What listeners say about My Boyfriend's Father

As others have mentioned, there’s not much to the story...but for a 20 min romp it sets the backstory pretty well and from the title you can guess what happens. The narrator has a great voice, I’d definitely recommend.

Please note, I did receive a free copy of this book in return for an unbiased review.

The narration was good but the story was over the top. There was no real story aside from the obvious.

Quite a good smut story.

I really enjoyed it. Always loved her narration. Well enough written too. Would definitely recommend.

This had tremendous build up, and immersive incredibly hot narration. The only thing keeping it from getting full marks is issues of expressed non-consent. That made it difficult to lose yourself at times. With a few tiny tweaks to the dialog, this would be a firm 5. A rock. hard. solid. 5

Emily and her boyfriend are living with his father because of their job situations. One morning when Emily is in the kitchen for breakfast (her boyfriend is asleep), his father starts to dominate her. Turns out Emily is a submissive. The ending left the door open to more encounters with the father.

Candace Young did a good job with the narration. I requested this free copy audio book and have voluntarily left this review.

Hot story! Narrator has a ver alluring voice and it turned me on. Great job overall

Great short story, Loved the narrators voice and I wish it was a little longer

I found this short sexy erotica piece to be thrilling. The setting the author wrote was entirely believable. The domination was subtle and exciting at the same time. Plus the sex was hot 😅

Candace Young did a wonderful job with the narration. Her voice was lovely and inviting. I also liked her pacing and the fact that she changed it when delivering Charles' lines.

The sound quality was very poor, there were a lot of pauses and dead air.

wasted 20 minutes of my life

I flet not an once of arousal from this story has it was to mugh dumb wife not exapting her true feels and an a-- of a father who i think was to masculine for the son not relished what his dad is.