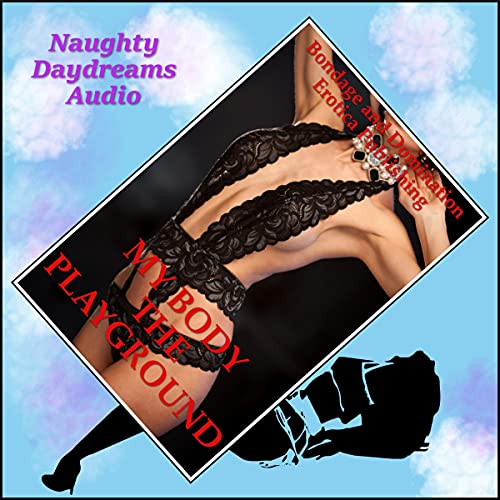 My Body, the Playground

When Zeke walks in on his friend in the middle of undressing, he’s ready to take their relationship to a whole other level. This younger woman is about to learn what it means to have a man take her completely and utterly, and what a surprise....she loves it!

There are also four more, so what are you waiting for? Click to buy, and you can start listening in seconds!

Please do not buy this book unless you are legally able to download and view explicit sexual content in your area. In addition, if explicit language and sexual situations offend you, this anthology is not for you. It contains very clear and explicit descriptions of rough sex, rough group sex, reluctant sex, bondage, domination, submission, sadism, masochism, and more.

The other four stories are listed below.

What would you do if you really hurt your best friend and the only way to make it up to her is to put yourself entirely at her mercy? That’s exactly what happens to Naomi, and Connie is a skilled and very, very cruel mistress.

Marie decides to fulfill one of her favorite fantasies. She’s going to be the misbehaving schoolgirl, and Jesse will be the stern headmaster. She doesn’t know what’s scarier, the idea that he’s going to use the paddle she bought to spank her or that he won’t!

What listeners say about My Body, the Playground