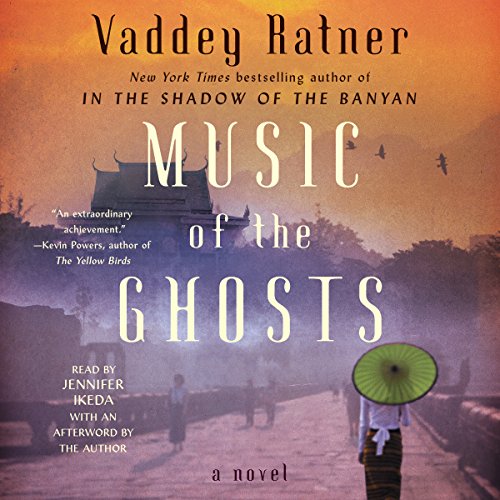 Music of the Ghosts

Leaving the safety of America, Teera returns to Cambodia for the first time since her harrowing escape as a child refugee. She carries a letter from a man who mysteriously signs himself as "the Old Musician" and claims to have known her father in the Khmer Rouge prison where he disappeared 25 years ago.

In Phnom Penh, Teera finds a society still in turmoil, where perpetrators and survivors of unfathomable violence live side by side, striving to mend their still beloved country. She meets a young doctor who begins to open her heart, immerses herself in long-buried memories, and prepares to learn her father's fate.

Meanwhile, the Old Musician, who earns his modest keep playing ceremonial music at a temple, awaits Teera's visit with great trepidation. He will have to confess the bonds he shared with her parents, the passion with which they all embraced the Khmer Rouge's illusory promise of a democratic society, and the truth about her father's end.

A love story for things lost and things restored, a lyrical hymn to the power of forgiveness, Music of the Ghosts is an unforgettable journey through the embattled geography of the heart and its hidden chambers where love can be reborn.

What listeners say about Music of the Ghosts

Wonderful story about an awful part of human history that perhaps too many of us in the US are too ignorant of. The story is gripping, well written, complex, and very interesting as it moves through this dark human history from so many perspectives.

The narrator is one of the best. Really. I wish she read me all of my books. Her voice is easy to listen to, very clear, and as far as I can tell, spot on in reading the French and Khmer/Cambodian words as well as perfect English. To my untrained ear, granted, she sounds like a native speaker in each tongue. (For reference, I am a native English speaker.) Hope this helps.