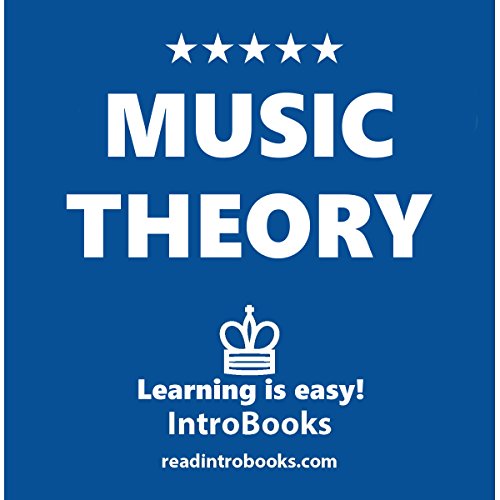 Music is found in every identified culture that man has ever known, in past and in present. Every ancient tribe even the isolated ones have known to have music especially in their rituals and prayers. Music has always been a part of us since the ancient times. According to historians it has existence among us for the past 55,000 years. Initially music may have been invented in Africa which later developed to become an imperative part in human life.

A culture's music is affected by all various facets of that culture, including economic and social group and skill, environment and access to equipment. The feelings and thoughts that music articulates, the circumstances in which music is played and heard, and the approach towards the music players and composers all differ between areas and ages.

This book is all about concepts, conjectures and theories formed about the many characteristics of music. Music theory is a part of Musicology which is an intellectual analysis and study of music and musicology that comes under the vast field of studies on humanities. Music is normally concerned with intellectual characteristics of music like scales, tuning, consonance or rhythm but besides this there is another theory of the concrete aspects like creating music, orchestration, electronic sound and protection etc. Any person who learns, imparts and pens about music theory is a music theorist.

The growth, conservation, and showcasing of music theory may be found in verbal and practical musical instruments, music-making traditions, and in other artifacts. Like the ancient instruments from China, Mesopotamia and other prehistoric sites all over the globe disclose minutiae about the music they created and, possibly, somewhat of the musical theory that could have been used by their makers. In prehistoric and existing cultures about the world, the profound and stretched origins of music theory are evidently clear in instruments, current music making and oral tradition.

What listeners say about Music Theory

with absolutely no theory involved. waste of money and time. extremely disappointed with this publication.

This book is a total waste of time.
Other than a simple vocabulary section, this book is not a good investment of your time. If it were free I still would not recommend it. Seriously, Google basic music theory and you will learn more in 5 minutes.
I'm a big fan of audiobooks and also a musician and teacher of musicians. I hoped this would at least be a fun listen. Nope. Even pronunciation of musical terms was bad. :(

money back please. no useful information. reader stops before and after every multisyllabic word. she seems to wonder what they mean.