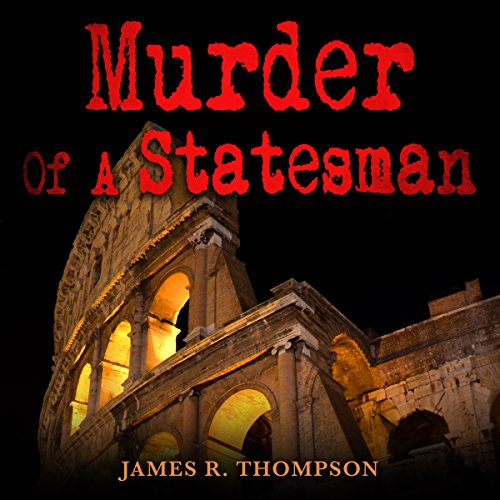 Murder of a Statesman

Murder of a Statesman

In the year 13 BC, a famous Roman man has died. Marcus Aemilius Lepidus, a member of the triumvirate that ruled Roman along with Marc Antony and Octavian, is found dead in his bed by his wife, Junia Secunda. Although Lepidus was an old man, it appears that he did not die a natural death. He was murdered.

Wishing to know who killed her husband, Junia sends to Rome for an investigator named Patroclus Numitius. Patroclus is one of the world's first private investigators. He solves crimes that no one could with his keen insight and dogged perseverance. When he arrives at the house of Lepidus, he discovers that the death could not have been accidental or natural. It had to have been a murder.

The investigation he takes on leads him to the very heart of the Roman Empire itself - to Augustus Caesar, the emperor of Rome. As they were once friends turned bitter enemies, Augustus may have had a hand in the death of Lepidus. So Patroclus suspects.

A web of intrigue soon unfolds, the likes of the Roman Empire has rarely seen before. When powerful men with much to lose are involved, anything can happen.