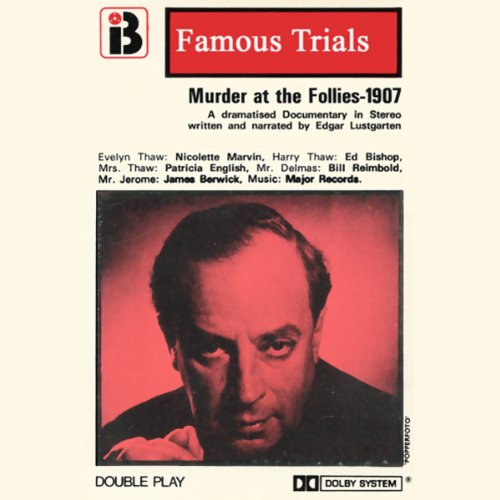 Murder at the Follies

Murder at the Follies

The 1906 cold-blooded murder of one of America’s preeminent architects, Stanford White, on the rooftop of the old Madison Square Garden by millionaire Henry Kendall, the enraged husband of White’s mistress, actress Evelyn Nesbit, and the resulting prosecution became known as "The Trial of the Century".

Murder at the Follies is a dramatization, similar to an old-timey radio play, of this sensational trial. The facts are coolly narrated by Edward Lustgarten, and features vigorous period piece performances by an ensemble cast of classic courtroom characters.

Take a lovely chorine, a young heir to millions, and a middle-aged libertine who was, in 1907, the foremost architect of his generation. Mix well. No fictional trial has ever surpassed the thrills and sensations of the resulting drama.
©1976 Edgar Lustgarten (P)1976 Ivan and Inge Berg